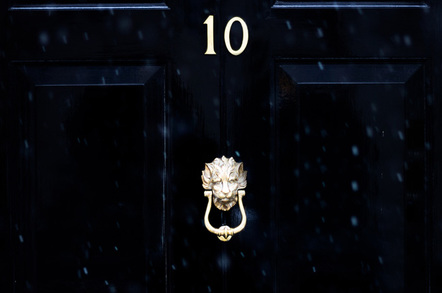 MPs have taken the Government’s digital masters to task for their inability to handle online voter registration for this month’s European Union referendum.

MPs tackled Letwin over his apparent complacency over the crash after he described the outage as “inevitable".

There were calls, too, for an investigation of the crash and its implications on UK democracy by the Electoral Commission.

The Gov.uk voter registration site crashed in the final hours before the deadline of 23:59 on Tuesday. Gov.uk is one of many websites and online services run by GDS.

Letwin and GDS were in the dock as MPs had to rush law through Parliament to extend the deadline to register to vote in the referendum.

The Government now believes a “large proportion” of applications may be duplicates.

Liam Fox MP, a prominent member of the Vote Leave campaign, called the incident another chapter in the “sad tale of Government, the public sector and IT”.

“I am very surprised that it crashed,” Fox told Letwin in Parliament's emergency debate.

“Why did the Electoral Commission not make sufficient arrangements to determine whether its system could cope with the demand? How do we know that it will not happen again? If we have another deadline tonight, how do we know that the system will not crash in exactly the same way?”

Earlier, Letwin had sought to pass off the website’s outage as something to be expected.

Clearly reciting the script handed him by GDS, Letwin told the Commons:

“I am not a technical expert in computing, but I’m advised by those in the Cabinet Office and the Government Digital Service that, as far as they can make out, there was no untoward event whatsoever. There was simply an incapacity [sic] of the system to handle that number of applications," he said.

“The system is designed to be scoped to deal with a certain number of simultaneous events, and that number was exceeded during that period, so in retrospect, it was not surprising that it fell over.”

Letwin claimed there’d been “a massive amount of load testing” but “the system was tested with the assumption that we would not face anything like the extent of the difference between what had been experienced previously... and now.”

MPs were not buying it.

Both SNP MPs and members of Letwin's own Conservative party called for post-match analysis of the web site’s crash and for an investigation systems for the automate registration of votes in future.

PM David Cameron has given huge credit to GDS. In a statement on the GDS website, he says: “I believe the creation of the Government Digital Service is one of the great unsung triumphs of the last Parliament.” ®