'If I were living in extreme poverty, I’d want to raise chickens' 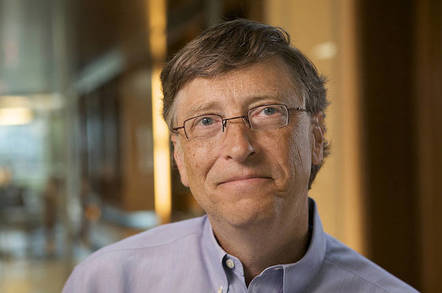 Not satisfied with trying to stamp out malaria, recycling poo water into something people can drink and subjecting world + dog to software over the years, now Bill Gates wants to solve hunger in sub-Saharan Africa.

“Help me give away 100,000 chickens,” Gates said on Twitter, “If I were living in extreme poverty, I’d want to raise chickens,” he added in a second tweet.

The Harvard drop-out and Microsoft founder who went on to become the richest man on the planet has spent his post-CEO years trying to right the wrongs against humanity exacted in his previous life.

The phasianine giveaway came about after Gates said he'd met “many poor people” in Africa and discovered, “just about anyone who’s living in extreme poverty is better off if they have chickens”.

The birds are easy and inexpensive to care for and they are a "good investment", he claimed:

"Suppose a new farmer starts with five hens. One of her neighbors owns a rooster to fertilize the hens’ eggs. After three months, she can have a flock of 40 chicks. Eventually, with a sale price of $5 per chicken — which is typical in West Africa — she can earn more than $1,000 a year, versus the extreme-poverty line of about $700 a year."

The aim is to help 30 per cent of rural families in sub-Saharan Africa raise the birds up from the current level of five per cent - hopefully this will not force down market prices and lead to a collapse.

The plan seems to have wings, assuming the recipients of Gates' poultry magnanimity can afford the feed and aren't tempted to eat the birds, which we certainly would, were we struggling to survive. ®