Just to let you know who's in charge here, guys 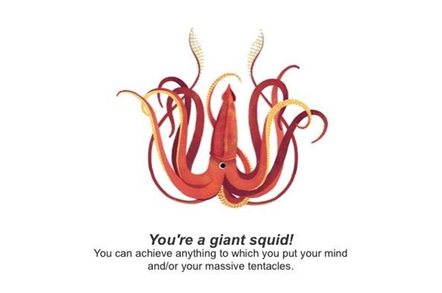 Alphabet shareholders demanding greater shareholder scrutiny and more transparency over its lobbying network were snubbed by Google executives at its AGM yesterday.

To drive the point home, Google amended its incorporation documents so that Alphabet, its sole owner, doesn’t need to convene a vote of Alphabet shareholders for many issues.

Michael Passoff of Proxy Impact, backing a resolution filed by Clean Yield Asset Management, wanted to know the extent of Google’s use of “dark money non-profits”.

Google donates to many self-styled “citizens' groups” or NGOs such as the EFF and Public Knowledge, to academics and academic departments, and to think tanks to advance its position on a range of issues ranging from telecoms regulation and intellectual property to business conduct laws. Another shareholder had asked Alphabet chairman Eric Schmidt about this before but, Passoff said, had received no hard information.

Passof noted Google still has “an expansive political footprint, supporting about 140 trade associations and other non-profits across the political spectrum.”

“These activities contribute to the public’s worst suspicion,” said Passof, “that the U.S. political system is rigged in favor of the large donors which is the key factor in the political instability we have experienced in the U.S.”

Danielle Ginach of Sonen Capital also wanted more information on Alphabet’s lobbying network, noting it was one of the five biggest direct lobbyists in the US.

Abigail Shaw from NorthStar Asset Management tabled a proxy item which reiterated the call for Google to open up its secretive executive cabal to the people who own the company.

She noted that at Google, Class C shares, with ten votes per share, are “closely held by management insiders”. The useless Class A and B shares have one and no votes per share respectively.

“Studies have shown that excessive voting control given to insiders leads to poor performance over the long term,” she noted.

“We feel that shareholder value is best derived when insider voting control of the firm is separated from insider economic ownership. Economic ownership provides enough of a reward for management when stock prices rise. The current tri-class structure eliminates shareholder checks and balances over management decisions. Without a tally of one vote per share claiming that stockholders accepted or rejected a proposal means little more than that Mr. Page, Mr. Brin and Mr. Schmidt voted for or against it,” said Ward.

One shareholder said he approved of the elite ownership structure:

“It’s an interesting experiment, you have a public corporation that can be managed on the whim of three or four people with lots of input from others, but still [do] whatever you guys want to do.”

In response, the ad-slinger’s billionaire chairman, Eric Schmidt, simply ignored Ward and Passoff. Schmidt talked about all the goodness Google does, from life sciences to Nest thermostats. Google has seven products with more than one billion users – Chrome, Maps, YouTube, Gmail, Android, Play Store and Search – which thrilled him.

“Now I like cattle as much as anybody else does,” said Schmidt, taking a surreal detour, “but the fact of the matter is 10 per cent of global warming comes from beef and beef byproducts and the fact that cattle exist. And if you could figure out a way to do things like meat from plants and from growing, from cellular organisms and so for and there is now a huge industry right? Google is not a direct player in this, but it’s an example of what is possible.”

That’s great to know. Maybe Google could find a way of imprinting some ads on the side of its laboratory-grown steak.

“I think we have no way of knowing exactly what's true, I mean that’s been reported and we definitely have made visits to the White House,” said Schmidt.

Nothing is true? Nobody can know for sure. ®