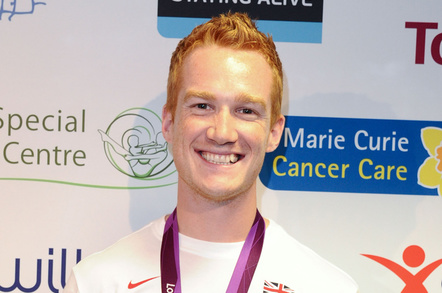 British long jumper Greg Rutherford and his other half Susie Verrill have responded to the possible threat posed by the Zika virus by having the athlete's sperm frozen before he jets off to the Rio Olympics in August.

Verrill will remain at home with the couple's young son Milo, citing "the cost and logistics of travel" as two reasons for giving the games a miss.

Writing in Standard Issue, she added: "The Zika news has caused no end of concern if we’re totally honest. We’re not ones to worry unnecessarily, but after more than 100 medical experts stressed the Games should be moved to prevent the disease from spreading, this was a huge factor in us choosing to stay put.

"We've also made the decision to have Greg’s sperm frozen. We'd love to have more children and with research in its infancy, I wouldn’t want to put myself in a situation which could have been prevented. Specialists still also don’t know the ins and outs of Zika, so even though it looks as though there’s no real issues should Milo get bitten, it’s just another thing we don’t want to chance."

The World Health Organisation (WHO) did indeed receive an open letter last month regarding the threat posed by the mosquito-borne Zika virus, in which experts asked for the Olympics "to be postponed and/or moved to another location — but not cancelled — in the name of public health".

Zika was first identified in Ugandan monkeys in 1947, WHO explains. In 1952, it appeared in humans in Uganda and Tanzania, and subsequently spread across "Africa, the Americas, Asia and the Pacific". Sufferers display "usually mild" symptoms including "fever, skin rashes, conjunctivitis, muscle and joint pain, malaise, and headache".

More seriously, the virus is known to cause microcephaly and Guillain-Barré syndrome - the former posing a threat to unborn children. While Zika is "primarily transmitted to people through the bite of an infected mosquito from the Aedes genus", WHO notes that "sexual transmission of Zika virus is also possible".

Accordingly, the organisation advises that "the sexual partners of pregnant women, living in or returning from areas where local transmission of Zika virus occurs should practice safer sex (including using condoms) or abstain from sexual activity throughout the pregnancy".

Furthermore, it warns that "people returning from areas where local transmission of Zika virus occurs should adopt safer sexual practices or abstain from sex for at least 8 weeks after their return, even if they don’t have symptoms".

By our reckoning, then, that has Greg Rutherford sleeping in the spare room until the end of October, once he gets home from Rio. He'll be hoping to arrive bearing a medal, having won long jump gold at the 2012 Summer Olympics, followed by similar triumphs at the 2014 Commonwealth Games, 2014 European Athletics Championships and 2015 World Athletics Championships. ®

Can you hear the cloudy cash registers ringing?