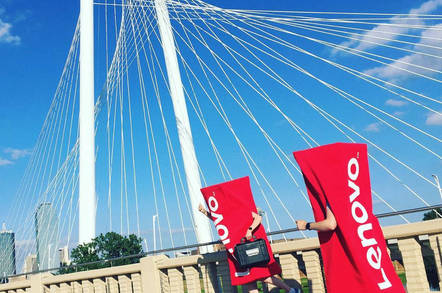 Cloudian’s HyperStore software is being used in the DX 8200C product and this has been available for Lenovo systems in a looser, reference-architecture-based partnership before. The Lenovo-Nexenta relationship for the NexentaStor software was announced in March.

Both systems are in a Store Select appliance programme with turnkey products.

Lenovo has a meet-in-channel scheme for some storage products, where Lenovo hardware is paired with storage software products by channel partners. This brings some problems, such as ensuring system firmware and storage supplier software are integrated, as well as two throats or more to choke for support problems. The Store Select programme is a response to these sorts of issues. 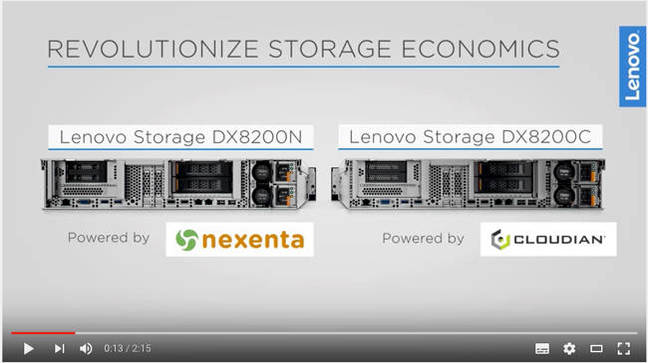 The two DX 8200 systems are factory-integrated with Lenovo providing level 1 and 2 support, with level 3 support being passed through to Cloudian and Nexenta by Lenovo.

Lenovo believes its two new systems have huge affordability and management simplicity; its system API has been opened up to its partners so they can manage the hardware through their own consoles. Lenovo’s director for storage and networking product planning, Stuart McRae, told us; “We looked at lots of software products. This gives us a disruptive entry into tier 2 and three storage. We think it delivers disruptive value.”

The company is building out its storage sales teams and they will be helped by the partners working on go-to-market activities.

Check out a Youtube video on the two new DX8200s here. The Lenovo Storage DX8200C powered by Cloudian will be generally available in the third quarter of 2016. We understand the DX8200N will be available at the same time. ®