It's Friday and we've hit rock-bottom on the car puns, people 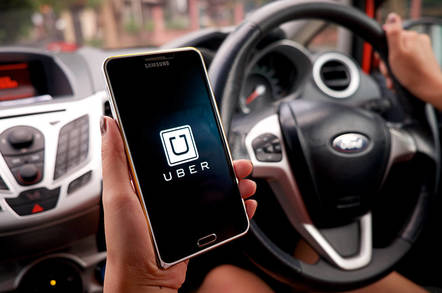 Uber's $100m settlement with thousands of its drivers has spun around, mounted the curb and is careering back toward a California courthouse.

Following the filing of objections [PDF] from drivers who take issue with terms of the settlement that they say only favors Uber and plaintiff lead attorney Shannon Liss-Riordan, the judge overseeing the case said he also has concerns with the deal.

US District Judge Edward Chen said in a hearing in San Francisco this week that he was concerned the deal contained provisions that would too broadly shield Uber from liability concerning alleged violations of US labor laws.

This after a collection of the Uber drivers who had been part of the class action case against Uber told the court that they believe Liss-Riordan inked a settlement deal with Uber that was not in their best interests, but rather leaves them with "nothing to improve our conditions or compensate our losses."

"We had expected Ms. Liss-Riordan to represent our best interests as drivers who are part of the class," they write.

"We no longer believe this is possible. The settlement only serves the interests of Uber Technologies and Ms. Liss-Riordan."

The $100m deal had been struck in April ahead of a planned jury trial between Uber and a class of drivers from California and Massachusetts over alleged labor law violations. At the heart of the case was the debate over whether the drivers who operate Uber's fleet of private cars should be considered private contractors (as Uber wants) or were in fact employees of the company and subject to additional labor protections.

The settlement would have allowed Uber to continue to classify its drivers as independent contractors in exchange for the payout and an agreement to provide drivers with more information when their accounts with Uber were being penalized or suspended due to complaints.

Should the settlement offer be voided, the two sides would have to negotiate a new deal or face having the case end up in front of a jury. ®