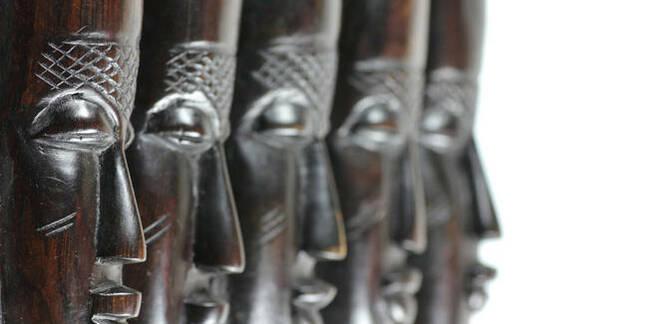 A race row has broken out at the organization responsible for the allocation of IP addresses across Africa.

The former CEO of AFRINIC (African Network Information Centre), Adiel Akplogan, has responded angrily to the news that among the candidates planning to run for its board of directors in an election next week is a representative of big telco Liquid Telecom.

In a message to an African network operators mailing list, one poster noted that while the candidate – South African Mike Silber – would be an excellent addition, there was already a member of Liquid Telecom on the board.

That led to a response from another poster, Boubakar Barry, who took things one step further by stating: "This is a clear plan of a single company trying to hijack AFRINIC. We knew about the plan, but it's getting very serious."

And that in turn led to an extraordinary outburst by Akplogan, who was the CEO of AFRINIC for over 10 years, only leaving earlier this year to join ICANN as a vice president. Akplogan argued that the issue was not one of company control but of race (Silber is white).

He responded: "It is in fact not about a particular company trying to take over, but a clear racial fight for the white to take over."

He continued: "They have always claimed that we Black cannot run an organization like AFRINIC (too complex for our small bird brain...) ... I have leaved [sic] through that during my 10 years as CEO both in Africa and globally. But the reality is that our own people let this kind of thing perpetuate."

Akplogan went on to disparage Silber, accusing him of manipulating other elections and trying to push him out of AFRINIC for getting in the way of a business transaction, as well as a series of other accusations.

It is not known whether Akplogan – who is widely known and respected in the internet community for his collegial approach to issues and calm temperament – realized he was posting to a public mailing list. He has not responded to a request for comment.

But a few days after his email, Mike Silber withdrew his candidacy, a decision that was officially noted on the AFRINIC website.

According to sources within the African internet community, the issue reaches far further than the current accusations of racism.

The representative of Liquid Telecom already on the AFRINIC board, Andrew Alston – who is also white – has been pushing for greater transparency on the part of the organization, including around the organization's finances.

There has also been some controversy over how the organization disposed of its last remaining blocks of IPv4 addresses, which are worth millions of dollars in the open market.

Alston's actions have reportedly made him unpopular with the larger board which, like many internet infrastructural organizations, is made up of the same limited pool of long-standing community members.

The African internet community is currently meeting in Gaborone, Botswana, with the AFRINIC annual meeting coinciding with the Africa Internet Summit. The main meeting begins on Monday with AFRINIC's AGM happening on Thursday June 9. ®

Coincidentally, a large number of government reps turn up to crackdown confab

Special report Calls for vote of no confidence in Afrinic board

Afrinic in limbo in aftermath of sex harassment claims

No more IP addresses for countries that shut down internet access

Sorry you read my private message