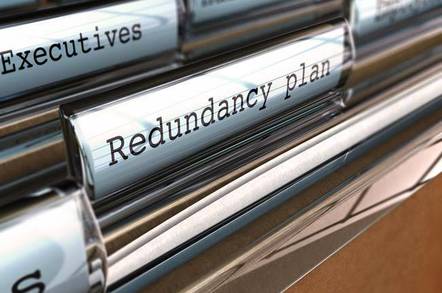 Another quarter and another round of people are being crammed into Hewlett Packard Enterprise Services’ employment cannon – 500 poor souls in the UK and Ireland have been told to stand in line.

As revealed by El Reg some months ago, HPE’s Enterprise Services (ES) division – the one being merged with CSC – put nearly 1,100 people in Blighty and Ireland at risk of redundancy, including 780 in IT Outsourcing.

A quarter of those folk were due to exit in April though some were told at the eleventh hour that they weren’t leaving after all, at least not in that round, due to concerns about customer coverage.

In the latest “workforce management update” sent to staff – as seen by us – Maurice Mattholie, HPE UK and MEMA veep of ITO, confirmed that collective consultation with the UK Works Council and trade union reps began late last month.

“It is expected that up to 500 positions within UK&I ITO will be impacted through WFM in Q3,” he added.

HPE belatedly introduced voluntary redundancies to the programme last month, and Mattholie stated in the memo he was “fully committed” to this and also to redeployment.

The major cost cutting at ES began back in 2012 to counter sliding sales and declining profits, and staff in the unit told us morale is about as low as it ever has been.

In the UK, HPE is consolidating service delivery centres and is sending more work to near-shore and off-shore locations where the cost of labour is cheaper.

Some staff told us they hope this round of job cuts for HPE’s fiscal Q3 ending July runs more smoothly than the last, when the firm was forced to hire temps and cancel staff redundancies.

“These changes are part of a company-wide strategy to give HPE the needed workforce to be a more nimble customer and partner-centric company.” ®