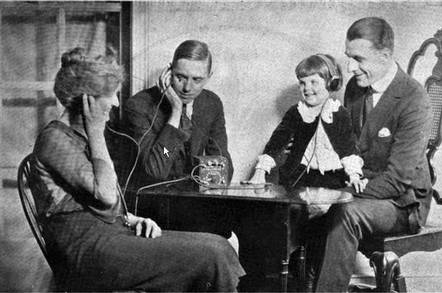 Facebook wants to hear what you have to say. Literally.

Professor Kelli Burns claims to have tested a hunch that the social media giant's mobile application is listening to everything you say and providing ads based on that content, and discovered it was true.

The mass communication prof at the University of South Florida, with the help of telly journalists, has verified the fact that Facebook's mobile app grants itself access to your microphone by talking about a holiday she wanted to take.

"I'm really interested in going on an African safari. I think it'd be wonderful to ride in one of those jeeps," she said out loud with her phone in hand. According to the NBC report, under a minute later, the first story in her Facebook feed was about a safari. And a car ad soon appeared on her page.

Of course, the "evidence" is purely anecdotal, and as soon as the report spread, Burns has walked back her claim, saying that she may have been searching online for the same things she said out loud – in which case Facebook may be reacting to other data it has picked up on her habits.

It may also be worth noting that before Professor Burns became an academic, she spent seven years in corporate marketing and the course she teaches is the "principles of public relations."

Facebook's app access to a phone's microphone is fact, and, critically, it now appears to be turned on by default, meaning you have to dig into your phone's innards to disable it.

This is not the first time Facebook has faced this charge: last year it was also accused of listening to people and selling ads in response. It said at the time that users had to turn the microphone on. But that may have changed subsequently, since most users find their microphones are on as a default for the Facebook app.

Facebook says this about its use of the microphone: "We use your microphone to identify the things you're listening to or watching, based on the music and TV matches we're able to identify."

In response to Burns' report and other similar anecdotes reported online, the company has denied using what you say to place ads or impact your news feed. It said: "Facebook does not use microphone audio to inform advertising or News Feed stories in any way. Businesses are able to serve relevant ads based on people's interests and other demographic information, but not through audio collection."

Of course, it is possible to parse that official response and question what Facebook's definitions of "inform" and "collection" are.

Unlike other better-known voice services such as Apple's Siri and Amazon's Echo, Facebook has given itself far greater control over what it can do with your microphone. Its explanations also follow a familiar trend of Facebook responses: vague policies, followed by clear denials, followed by a new set of policies.

Apple's Siri assistant can listen to you any time, but there are three significant differences between it and Facebook.

First, it waits for its "wake word" – in this case "Hey, Siri." Second, it is turned off by default. You have to activate it and then carry out four voice tests before it turns on. And third, it only works when plugged in (although Apple has reportedly considered turning off the plugged-in restriction).

Likewise, Amazon's Echo technology listens for a wake word before carrying out any analysis – in its case, "Alexa." Amazon is also upfront about its collection of audio and allows you to delete recordings plus play around with settings.

Facebook, on the other hand, gives itself access to your phone's mic – seemingly by default despite earlier claims – and is capable of always listening and does not tell you what it does with the information it receives.

None of this should comes as a surprise to people: Facebook has repeatedly given itself access to people's personal data and then begged forgiveness afterwards.

It continually tweaks its privacy settings, requiring people to keep making changes to prevent the company from sharing the information you provide. And whenever there is an uproar, it announces small changes that require people to actively change their settings again. Most don't.

Facebook claims the feature is good for users because it makes it easier and faster for you to post about what's going on around you. If that's a persuasive argument for you, continue on, but for everyone else the answer is to go into your phone's settings and manually prevent your Facebook app from accessing your microphone.

How to turn it off