Lenovo: Markets for our products 'will remain challenging'

Let them finish... 'for the short term'. But mostly chalks up loss to M&A costs 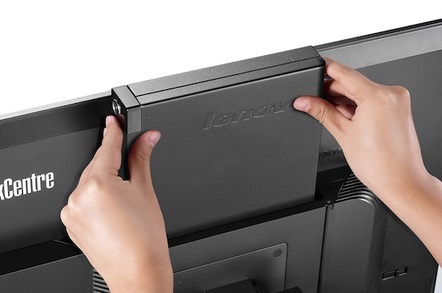 Mergers and acquisitions and restructuring costs led to Lenovo booking its first annual loss since 2009, but crappy demand for PCs and smartphones didn’t exactly help to wax the bottom line either.

Fewer consumers are buying PCs and many businesses went through a major refresh in 2014 when Microsoft ended support for Windows XP.

Lenovo said PC sales were $6.2bn in the quarter, down from $7.2bn in the prior year period, and pre-tax income generated by the division was 20 per cent lighter at $312m. It will “attack” areas such as gaming and detachables to seek out new growth pastures.

The Mobile Business Group reported a turnover of $1.7bn versus $2.8bn. The integration of the Motorola “did not meet expectations”, its handset shipments in China fell 85 per cent and the move to higher price bands “in North America was not successful”.

The Enterprise Business Group, where the IBM System x server division resides, was the only part of the company to report growth, up 73 per cent to $4.6bn. The unit is to be renamed the Data Centre Group.

China accounted for $2.3bn of Q4 sales, Asia Pacific some $1.6bn, while EMEA and the Americas represented $2.5bn and $2.7bn respectively.

Lenovo splashed more than $5bn on the buys of Motorola and IBM’s volume server business. It moved to save $650m a year in costs last summer, in part by axing 3,200 people.

CEO Yang Yuanquing predicted “the markets the group is in will remain challenging in the short term”.

But operating expenses and non-operating costs were up by a fifth and 56 per cent respectively to $6.68bn and $215m, leaving Lenovo nursing a loss of $128m compared to $829m a year earlier. ®