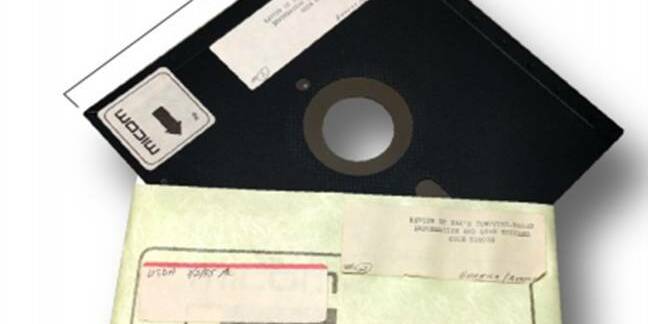 Your life in their hands

A US Government Accounting Office (GAO) report has highlighted the parlous state of Uncle Sam's IT infrastructure.

As an example, the computer used to coordinate America's nuclear forces is an IBM Series/1 that uses eight‑inch floppy disks capable of storing about 80KB of data each. Meanwhile, the Treasury Department is calculating tax returns on a 56-year-old IBM mainframe using programs written in assembly code; it says it has no plans to update its systems.

According to the GAO, the US Department of Defense's Strategic Automated Command and Control System (SACCS)...

"Federal legacy IT investments are becoming increasingly obsolete: many use outdated software languages and hardware parts that are unsupported," the report [PDF] states.

"Federal IT investments have too frequently failed or incurred cost overruns and schedule slippages while contributing little to mission-related outcomes. The federal government has spent billions of dollars on failed and poorly performing IT investments which often suffered from ineffective management, such as project planning, requirements definition, and program oversight and governance."

In its review, the GAO found numerous cases of obsolete hardware and software. Some Department of Commerce weather alert systems use Fortran and the core network is running Windows Server 2003, which is no longer supported by Microsoft.

The Department of Homeland Security is using an eight-year-old IBM System z10 mainframe using COBOL for some of its personnel systems, and the Department of Justice is also using the archaic language for its primary database on prison inmates.

Several of the systems reviewed by the GAO are scheduled for replacement – the US military will have its nuclear control and targeting systems running on a more modern server by 2020, for example – but plenty of departments reported no plans to upgrade.

The government spends $80bn a year on IT, 75 per cent of which is allocated to keeping existing systems up and running. The GAO report found that this percentage is increasing, with 77 per cent forecast for 2017, leaving fewer funds to develop new computer systems that are more efficient.

To make things worse, the generation of programmers and IT gurus that can keep some of these decades-old systems up and running is literally dying out. There aren't that many COBOL and Fortran programmers left, and no one is learning those languages these days. ®