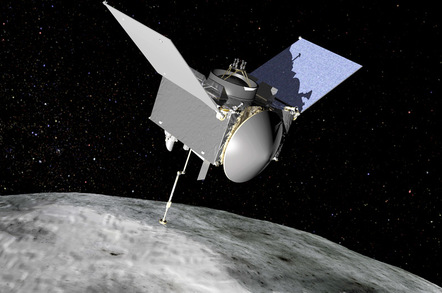 OSIRIS-REx will travel to near-Earth asteroid Bennu, arriving in 2018, and spend two years mapping the approximately 500-510 metre diameter object before collecting a surface sample for return to Earth. 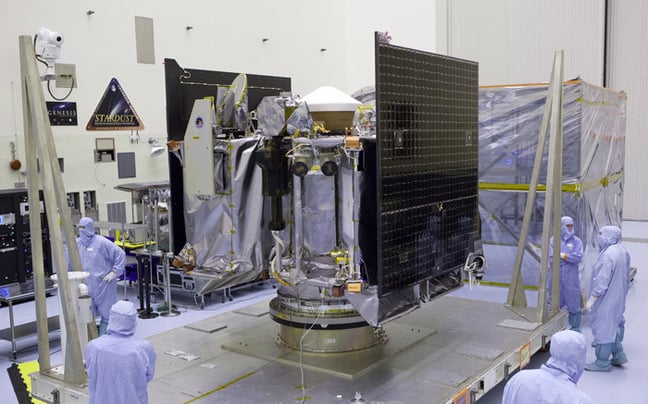 Lockheed Martin Space Systems designed and built OSIRIS-REx at its plant in Littleton, south of Denver, Colorado, and on Friday dispatched it Floridawards aboard a C-17 cargo aircraft.

"The spacecraft has undergone a rigorous environmental test program in Denver, but we still have plenty of work ahead of us. Many on our team have temporarily moved to Florida so they can continue final processing and have the spacecraft ready for the Sept. 8 launch date." 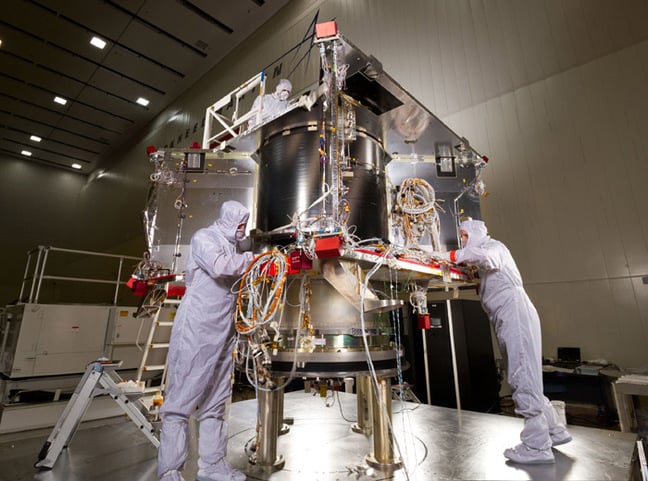 The 2,110kg (fuelled) OSIRIS-REx packs a suite of science instruments. The OSIRIS-REx Camera Suite (OCAMS) is a three camera set-up which will provide hi-res imagery of Bennu and identify a suitable sampling site.

The OSIRIS-REx Laser Altimeter (OLA) is a scanning LIDAR tasked with providing "high-resolution topographical information" on the asteroid.

Finally, the Regolith X-ray Imaging Spectrometer (REXIS) - developed in collaboration with MIT and Harvard University - will sniff "which elements are present, and how abundant they are, on the surface of Bennu".

With all of this scientific firepower aimed at Bennu, boffins hope to gain "clues to the origin of the solar system and the source of the water and organic molecules that may have made their way to Earth".

Once it has identified a suitable sampling site, OSIRIS-REx will use its Touch-And-Go Sample Acquisition Mechanism (TAGSAM) to collect bits of Bennu. The device is described as "an elegantly simple sampler head with an articulated arm". 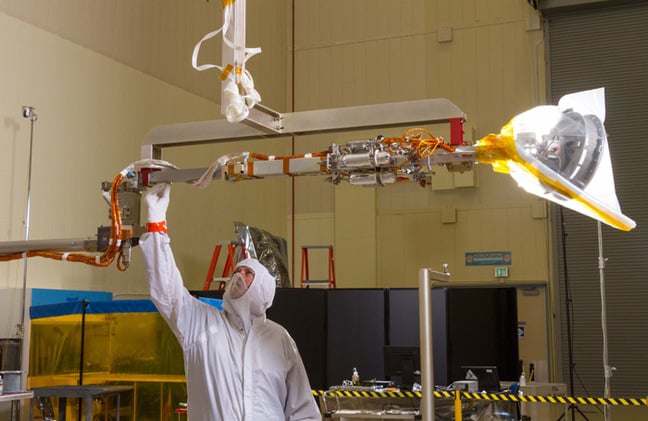 NASA elaborates: "Once the sampler head makes contact with the surface of Bennu, a burst of pure nitrogen gas will push surface regolith into the sampler’s chamber. Surface contact pads on the exterior of TAGSAM will also collect fine-grained material as the sample collector touches down on the asteroid."

The space agency believes it can hoover up 2kg of Bennu - or at least 60g at worst - for return to Earth aboard the Sample Return Capsule (SRC) - "an aeroshell design container with a heatshield and parachutes". 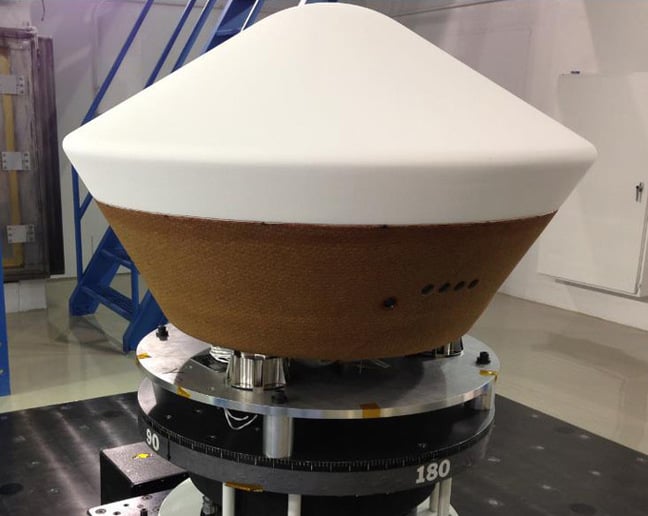 "Lockheed Martin developed the SRC from a heritage design; the Stardust mission utilized a similar design to return tail material from Comet Wild 2 to Earth in 2006," NASA explains.

As the above mission overview video notes, Bennu's orbit around the Sun means there's a small chance it could hit Earth late in the 22nd century, so scientists want to gain a better understanding of its orbit, and specifically how gravity and thermal forces will affect its future trajectory.

Before all that, though, there's the small matter of getting OSIRIS-REx into space. Prior to riding a United Launch Alliance Atlas V lifter from Kennedy, the spacecraft will undergo a final round of testing and pre-launch checks, including "software tests, instrument and power functional tests, spacecraft self-tests and deployments of the spacecraft's solar panels". ®

*Here's the background: "OSIRIS-REx is an acronym that incorporates the mission’s major concepts and goals. When the mission was first being formed, then-Deputy Principal Investigator Dante Lauretta was working to define the science investigation for an asteroid sample return mission. In writing out a list of the big ideas that the science plan would be based on, Dr. Lauretta realized that they spelled out OSIRIS."