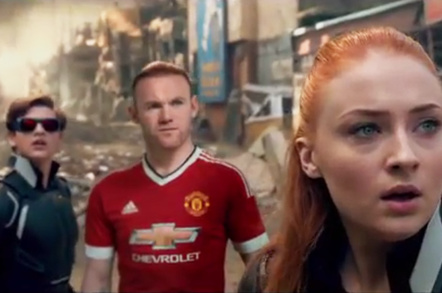 It's Friday, and if you need a solid excuse to run screaming from your PC in search of a pint, look no further than this direful Manchester United plug for X-Men: Apocalypse:

Reaction across the interwebs to Wayne Rooney's acting talents is predictable enough. Expect him to lift a Razzie in due course, which will at least give United something to stick in their trophy cabinet, should they fail to beat Crystal Palace in the FA Cup tomorrow. ®