Judge throws out Choc Factory's bid to have sueball dismissed 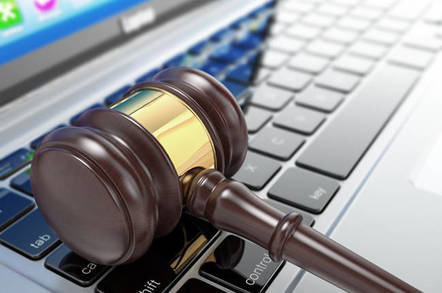 Analysis An attempt by Google to get a competition case against it thrown out on free speech grounds was itself thrown out this week.

The case [PDF], e-ventures LLC vs Google, working its way through a Florida District Court, has received little attention so far. It's noteworthy mainly because it's the first time an SEO (search engine optimization company) has challenged Google's right to exclude entries from its search results on competition grounds. Your ball, your rules you might think. But life isn't quite so simple when you're a dominant player, and that's what e-ventures is arguing.

In attempting to get the case thrown out, Google claimed its right to edit its Google Search results was protected by the First Amendment. But this wasn't enough to quash the case, Judge John Steele decreed in a Middle District Court.

Google's influence is such that "optimizing" your site to gain higher prominence in Google's search rankings is very important to your business. And disappearing from Google search altogether is a kind of death sentence.

Five years ago, the search giant made more than 11 million websites disappear overnight with Google arguing they were "spammy," or low quality.

Google is being sued by Florida-headquartered e-ventures WorldWide LLC, a company with five global offices including one in central London, which argues that Google deleted its websites from the Google Search index, and then blocked it when it created new sites.

e-ventures argues that Google censored it to protect its paid search. The more effective the advice given by an SEO, the less its clients would need to pay Google for visibility via its Adwords operation. (We're not passing comment on the merit of e-ventures' argument – nor is the court).

e-ventures says claims made by "a third party with a personal vendetta against e-ventures caused Google to receive false information" about its sites. Five days later Google axed 231 sites from its Search as spammy. The number rose to 365. The site now operates here.

e-ventures argues the action breached Google's own removal policies and that removals were narrow and targeted. It argues that sites were removed because they were affiliated with e-ventures.

Here's where it gets more interesting. Google argued that its editing of its search results was protected speech, and so the case should be thrown out. e-ventures complained:

"Google also argues that its search results are editorial judgments protected by the First Amendment.

"Google's actions are not entitled to protection by the First Amendment because they did not involve content-based speech and, if speech was involved, it was unprotected misleading commercial speech."

Google also argued that the case should be thrown out because of the "blanket" federal liability offered by the Communication Decency Act (CDA), Section 230. And, intriguingly, that e-ventures was libelling Google by merely suggesting that it was acting uncompetitively.

The judge rejected all three arguments. Google had not acted in good faith, in the opinion of the judge, which was a prerequisite to earn a blanket exception from liability under the CDA. The motion to dismiss on CDA grounds was also refused.

The Court finds these cases persuasive that Google's PageRanks are pure opinions of the website's relevancy to a user's search query, incapable of being proven true or false. While a claim based upon Google's PageRanks or order of websites on Google's search results may be barred by the First Amendment, e-ventures has not based its claims on the PageRanks or order assigned to its websites. Rather, the SEO company is alleging that as a result of its pages being removed from Google's search results, Google falsely stated that e-ventures' websites failed to comply with Google's policies.

The Court finds that this speech is capable of being proven true or false since one can determine whether e-ventures did in fact violate Google's policies. This makes this case distinguishable from the PageRanks situation. Therefore, this case does not involve protected pure opinion speech, and the First Amendment does not bar the claims as pled in the Second Amended Complaint.

Judge Steele also rejected Google's argument that e-ventures claim of implicit libel – being axed by Google means one can infer it isn't trustworthy – could not be advanced.

The Court wasn't debating the merits of e-venture's claims, merely that it can make them further down the road. ®