A brief examination of regulatory capture 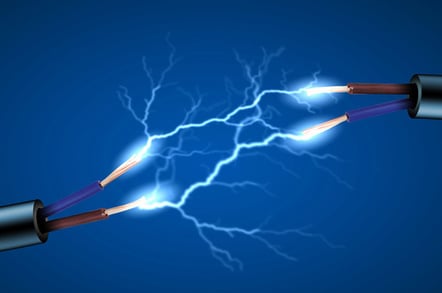 Sysadmin Blog Canadian internet providers are frequently bemoaned as terrible. Americans get lots of media play about getting the sharp end of the stick from their providers, but many Canadians look longingly at the internet packages south of the border and wonder: what's the holdup in Canada?

While Canadians usually like to fool ourselves into thinking we're better than the barbarians to the south, in many ways, we're worse. We're too polite, you see. When corruption of regulatory capture happens along it has to be either truly despicable or very, very visible for Canadians to get uppity about it.

Some groups – most notably Open Media – oppose the incumbent Telcos and hold the regulator's feet to the fire. Along with other groups – such as Leadnow.ca – they form a rough Canadian equivalent to the American civil liberties organizations EFF and ACLU, and battle everything from mass surveillance to the TPP and yes, even the incumbent internet providers.

These groups are small, and they tilt at windmills. They are a fraction the size of their American counterparts but they fight the same sorts of battles. Their opponents are multinational corporations, domestic intelligence and law enforcement groups and – all too often – even the government itself.

They are outmatched and outgunned, but they do yeoman's work nonetheless. They just aren't enough.

Canada's internet is regulated by the Canadian Radio-television and Telecommunications Commission (CRTC). The CRTC is a textbook example of regulatory capture. I would personally go so far as to say that the incumbent providers – Bell, Telus, Rogers and Shaw – have their hand so far up the CRTC's proverbial that when one of them wiggles a finger a commissioner's mouth moves, but I'm known to be colourful. All CRTC commissioners are appointed by federal government cabinet.

This concept of regulatory capture is important. It forms the fabric of the issues holding back Canada's internet. Even when the people win a victory, it is often pyrrhic, or at least very limited in scope.

It is also worth bearing in mind that when discussing issues with the nation's incumbent internet providers, we are not talking merely about consumer connectivity. Canada is a nation of small businesses and those small businesses overwhelming rely on what amounts to consumer-grade internet connectivity with a slightly different support package.

The CRTC ruled a while back that incumbent providers have to open up their copper networks to third parties. The rates are set such that if the third-party companies basically made no profit they could offer DSL or cable service at the incumbent cost.

The third-party providers differentiate themselves basically by offering higher data caps (and/or no data caps) and by allowing you to use any compatible modem. This latter is important because the incumbent providers only offer truly appalling combo modem/WiFi units. These units have critical security flaws, are regularly updated/wiped by the provider, and increasingly no longer offer a "pass through" mode for you to hand an external IP to your own firewall/router.

This matters because the periodic provider updates/wipes reset the WiFi to "on." This can interfere with your own WiFi units. The provider units are generally set with their transmission loudness too high for the environment in which they operate, which tends to cumulatively be very bad. Also, we have laws that make the WiFi owner responsible for all traffic on their network, and the algorithms for the passwords are provider units and well known and discoverable remotely.

Fortunately for the incumbents, the line sharing rules mean that the incumbents don't have to sell speeds to third parties faster than roughly two tiers below the fastest speeds they are offering themselves. This creates an incentive not to offer fast internet packages (especially packages with decent upload), as the better the packages they offer the better the capabilities they will eventually have to allow the third party providers to resell.

As with allowing copper networks to be shared, the CRTC has looked at forcing the incumbents to open their FTTH networks the same as they did their copper ones. This went round and round but last year the CRTC voted to allow third-party access.

Round two of victories for those opposed to the incumbent providers has occurred just recently. A few days ago, Bell lost their appeal to the federal cabinet and so FTTH networks MUST be shared as well.

Unfortunately, the rules haven't changed. This means that all the incumbents are going to do the very same thing on the fibre networks as they do on the copper ones: offer miserly packages with small data caps, pathetic upload speeds, and poverty-tier customer premises equipment riddled with security flaws. Incumbent providers are thus unable to charge the "heavy users" more than a few hundred dollars a month. When they try, these users move to the third-party providers in order to avoid the technical limitations imposed by the incumbents and/or to get higher data caps the incumbent providers won't offer.

The result is an internet landscape where the incumbent providers invest in an infrastructure theoretically capable of bringing 10Gbit symmetrical to the home, but most individuals or businesses are unable to get more than 20Mbit of upload for less than a really nice car payment each month.

Whether using Cable, ADSL or FTTH, Canadians have the same choice for internet as we've had for a decade. Go with the incumbents and get internet packages with appallingly low upload speeds, insultingly low data caps and a legal liability for security flaws-ridden routers you don't control. Or you can go with a third-party provider and get significantly worse speeds, but with reasonable or unlimited data caps and the right to use your own hardware.

Canada is seeking to transition from a resource-based economy towards one that is more knowledge-based. If we are to keep up with the Joneses in the G-20, we have little choice. This means businesses based on something other than cutting down trees and pulling oil out of the ground.

Computers are essential to modern businesses. What's more, we don't just create and manipulate data on computers, we share that data with coworkers, with vendors and especially with customers. This typically requires a network of some variety. Or use of the internet if the goal is to communicate between networks. The regulatory capture of the CRTC has led to a failure to drive competition, investment, and innovation in the Canadian internet market. This means internet connectivity – more specially the increasingly critical upload capacity – is very expensive.

This makes sharing lots of data between businesses expensive. It makes working from home very expensive. Small business doesn't mean small data, and with commercial rents where they are, many Canadian companies have some – or even all – of their staff work from home. The end result is that the regulatory capture of the CRTC isn't merely holding back affordability of internet packages or preventing Canadians from watching as much Netflix as they want. Putting the brakes on Canada's internet is slowing the diversification of our economy and the transition to a more telecommuting-driven society, both of which seem to be important goals for many politicians of various stripes.

Most Canadians simply don't know about any of the above. Pressure to drive change in the CRTC – and thus regulation of Canada's internet providers – is almost non-existent. It certainly hasn't been presented to Canada's politicians as a means to help solve some of the policy issues they actually care about.

And that, dear readers, is what is holding up Canada's internet. ®