Android Pay may, er, pay... providing it gets over security hurdle 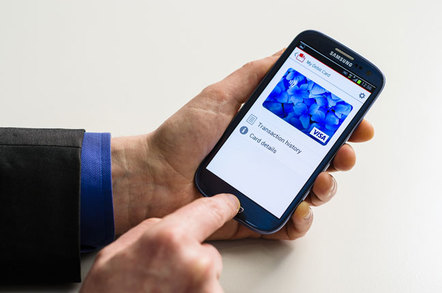 Android Pay's UK launch is promising but could be held back by malware concerns, security and payment experts warn.

The Google-backed technology launched in the UK on Wednesday, adding to the options smartphone users can employ when paying for goods and services using their mobile rather than a card. Smartphone payment systems in general offer added convenience, hence their appeal.

A third of Brits think that in just five years’ time they will no longer need cash, according to a recent Lloyds Bank survey. Transport for London (TfL) is one of those leading this cashless trend with 3.2 million commuters (some 35,000 people a day) paying for journeys with their mobile devices since Apple Pay’s launch. The launch of Android Pay is likely to increase this figure.

“With Android Pay’s arrival in the UK, we are continuing to see a real shift in the payments landscape, causing further momentum in an already extensive contactless NFC terminal infrastructure,” said Jose Diaz, director of payment strategy at Thales e-Security. ”However, despite consumer uptake of contactless payments, many are still wary of mobile payments and security is one the biggest concerns holding them back from adopting the technology.”

Simon Black, chief exec at international payment specialists PPRO Group, added that recent which looks at how Android Pay has recently been performing in the US offers some clues about its UK debut.

“Since its launch in the US last September, Android Pay has been gathering momentum, with now over a million stores – such as Disney Store, Macy’s and McDonald’s – all accepting it for payments,” Black said.

“We’re interested to see the impact of Android Pay when it’s launched here in the UK, and anticipate it will gain immediate traction seeing that Android has surpassed Apple as the most popular mobile operating system in the UK earlier this year.”

The head to head between Android Pay and Samsung Pay, a prime competitor, in the UK will be a key factor in shaping the emerging mobile payments market. “Both have the ability to access loyalty card information and transfer this into each transaction, essentially eliminating the need for consumers to carry a wallet,” Black concluded.

Elsewhere, UK banking giant Barclays is going it alone in mobile pay, rolling out its own contactless payment app on Android to its customers. ®