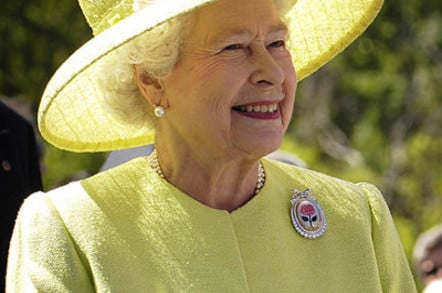 'My Ministers will ensure..." UK is at forefront of new transport tech, including "autonomous and electric vehicles". Photo by NASA

Promises on broadband make up the mainstay of a new Digital Bill, first revealed at The Register back in January and formally revealed in the Queen’s Speech today. It’s one of 21 new legislative proposals.

The speech reiterated plans to create the right for every household to access high speed broadband. The plans for a Universal Service Obligation of 10Mbps by 2020 - which have been criticised for their lack of ambition - were first announced by the Prime Minister last year. They appear to put the onus on broadband providers to ensure that folk have access to 10Mbps - providing they can't get it through other means such as 4G or satellite.

The government will also harmonise the maximum jail term for industrial-scale economic copyright infringement in line with physical infringement; currently it's 10 years for physical and two years for digital. As we explained here, that means most prosecutions of pirate sites are under fraud law rather than copyright law.

“My Ministers will ensure the United Kingdom is at the forefront of technology for new forms of transport, including autonomous and electric vehicles*,” Brenda promised.

The Investigatory Powers Bill was declared to be delivering "on the manifesto pledge on communications data to strengthen the ability to disrupt terrorist plots, criminal networks and organised child grooming gangs".

However, of the government's manifesto pledge that: "At the same time, we continue to reject any suggestions of  sweeping, authoritarian measures that would threaten our hard-won freedoms,” there was nary a mention.

Almost all of the legislation had been trailed in advance, including the sugar tax. In its explanatory notes, we find this claim: “Experts predict that within a generation over half of all boys and 70 per cent of girls could be overweight or obese.”

At least Her Majesty didn’t have to read that bit out. ®

*Drones and “spaceplanes” all count as autonomous vehicles, the government explained in its notes (PDF). OK, we paraphrased a little for the headline.

Exclusive But relax, Shed Bloke. That really doesn’t mean you.

Jedis use taser guns to shoot down the Queen's speech

Letters And the spoof that spoofed you all

Product round-up Fit for a Queen?