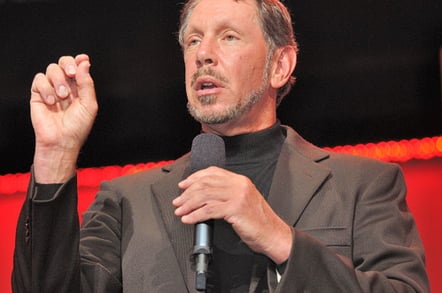 Salesforce is working to cut its dependency on Oracle with a project called Sayonara.

Helland worked on Bing’s Cosmos – a multi-tenanted architecture of massively parallel computation to chomp tens of petabytes of data.

He joined Salesforce in March 2012 to a “cloud-based multi-tenanted file system and database technology” according to LinkedIn.

Salesforce refused to comment on what it called “rumours.”

The SaaS-CRM cloud has been anchored on a multi-tenant version of Oracle’s relational database from the beginning of Salesforce’s life.

While not commenting, moving off Oracle would be consistent with a trend emerging at other customers of the Big Red database firm.

Namely, reducing dependency on a single vendor – Oracle – in a critical business area. Also radically cutting costs by slashing the budget for its Oracle license.

That would be important for a firm that’s intent on growing and hitting $10bn in annual revenue but that has yet to make a profit.

Dumping Oracle would be Salesforce’s second biggest platform switch in its 17-year history.

In 2008, Marc Benioff’s firm ripped out the former Sun Microsystems’ Sun Fire Sparc servers from the data centers running its cloud for x86 systems from Dell.

“The Sun has set at Salesforce,” Benioff told us.

Salesforce has tried to branch out of Oracle in recent history: it bought AWS-based Heroku for $212m in 2010. The firm’s Internet of Things cloud, announced in September last year, will also run on AWS via Heroku.

There have been lesser attempts to break out from the Oracle architecture, too, that seem to have foundered.

In November 2013, Hewlett-Packard partnered with Salesforce on a Superpod - for a dedicated instance in the Salesforce multi-tenant cloud, on Converged Infrastructure HP hardware.

Little, meanwhile, seems to have come from VMforce, a 2010 partnership with VMware to run Java apps on Salesforce's Oracle-powered stack. ®