US work visas for international tech talent? 'If Donald Trump is elected all bets are off' 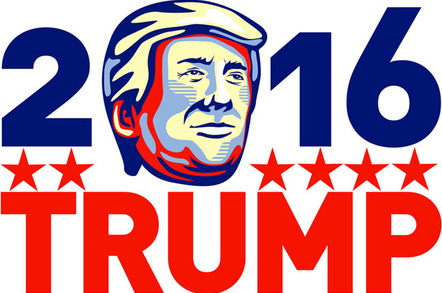 Apart from marrying an American, the best known route for foreign techies wanting to (legally) share their expertise for a fee in the US is a work visa.

But this route is overcrowded, increasingly expensive and, should Donald Trump become America’s 45th president, it'll likely slam shut for many hoping to work in Silicon Valley.

The US issues 65,000 H-1B visas annually for those with degree-level skills and a US job offer in areas including IT (with 6,800 of these reserved for applicants from Chile and Singapore), with a further 20,000 for those with masters degrees.

“The H1-B is oftentimes the obvious route, if you have someone with the relevant degree and experience,” says Louise Corrigan, principal of Dublin immigration law firm Louise M Corrigan and Associates.

“The problem is it’s a random selection over the last number of years as the demand is greater than supply. It means that a lot of perfectly eligible candidates are not getting their applications accepted.”

This year US Citizenship and Immigration Services (USCIS) received 236,000 in the first five working days of April, which, as in previous years, meant it had to hold an electronic lottery for the visas. Filing fees, which are refunded for unsuccessful entrants, are $1,575 for companies with fewer than 26 staff and $2,325 for those with more, plus a further $1,225 for a quicker response (weeks, rather than months) and an extra $4,000 on H-1Bs for companies with more than 50 US staff – if at least half of which are working on these visas.

The last charge, introduced in December last year along with an extra $4,500 on L-1 visas used for internal company transfers, have triggered complaints from India, where finance minister Arun Jaitley called the increase discriminatory as it largely affects Indian IT workers, who are brought in by Indian firms to work in the US.

But the costs may get higher again, with USCIS considering a further 21 per cent hike in its fees.

Deirdre O’Brien, US immigration lawyer at Dublin and New York firm O’Brien and Associates, says it took until 2 May for USCIC to complete data entry. The agency is now returning petitions and filing fee cheques to those who did not “win” the lottery. “It’s actually one of the times you’re very happy to see a cheque cashed,” she says, “as it indicates an application has been accepted for processing.”

“As a firm, we had roughly half of our H-1B submissions accepted into the lottery this year. The others were great cases, but simply unlucky in the lottery.”

Likely Republican presidential candidate Donald Trump wants to scrap such visas altogether – despite having spoken in support of them earlier in the campaign and having used them himself: “It's something that I frankly use and I shouldn't be allowed to use it,” he said in the last presidential debate in March. “It's very bad for business, it's very bad for our workers and it's unfair for our workers. We should end it.”

Although the visa is largely used for tech workers, a few hundred models get into the US on H1-Bs each year – including Trump’s third wife Melania, a former client of his modelling agency.

“Most immigration lawyers are frustrated with the current state of the H-1B category in general, mostly due to the cap,” says Eryn Hanlon. “There has been much discussion over the years of drastically raising the cap to 100,000 or even 180,000. Our partners attended the American Immigration Lawyers Association Conference in Vienna last week where these changes were discussed again, but we have not seen any promising developments yet legislatively.”

“If Donald Trump is elected all bets are off of course, but otherwise, proposals have always been to increase the quota, not scrap it,” adds Deirdre O’Brien.

There are alternatives. E-1 visas, which include overseas executives of US multinationals, and E-2s for those with advanced degrees or “exceptional ability” are available for so-called treaty countries including the UK, Ireland, Canada and again Australia – although not India. The E-class visas are not capped and can be renewed indefinitely.

“These investment visas are issued on the basis that a significant investment has been made into the US,” says Corrigan. “The money must be invested from the treaty country and the individual being brought in must also be from the same treaty country, so if it’s an Irish company it must be an Irish individual.”

Australian IT professionals also have access to E-3 visas, which are only open to applicants from the lucky country, described by Eryn Hanlon as “by far the best category for Australian nationals”. A US Senate bill in 2013, which would have increased the H-1B quota, also included a proposal to issue 10,000 E-3 professional visas annually to Irish nationals, but it did not get into law.

It is also possible to use visa-free travel, through Electronic System for Travel Authorisation (Esta) and a visa waiver or a B visitor visa, for limited business activities in the US. These include attending meetings, trade shows and the necessary steps to get a US business operational under an E-2 visa, including recruiting people.

You can’t actively manage a business, but it is permissible to scope out the nature or extent of a project with a view to the work being performed abroad, and for an employee of a foreign company to provide after-sales service to a US client, pursuant to a contract.

Using these routes means watching the diary, however. “Business visitors should typically not remain in the US for long periods. One week out of every four will cause less concern than staying for 89 days at a time, obviously,” says O’Brien. “It’s one strike and you’re out with visa waiver so people should inform themselves about the rules and respect them.”

She adds that a B visa doesn’t increase the activities allowed compared to visa waiver, but can give a comfort level when presenting at immigration. Also, most entries on a B visa are for six months – although that doesn’t mean that holders will not receive scrutiny if they’re abusing it: “Common sense should prevail. Most people know when they’re pushing it.”

There is also the option of a B-1 visa in lieu of H1-B visa which is suitable for degreed employees of foreign companies with a short-term US assignment of six to 12 months.

“Find out what the criteria are for the various options and move towards satisfying them. Sometimes, especially in a startup scenario, the individual or company won’t actually qualify for any work visa category at the outset. Knowing the rules and having a plan brings confidence. Don’t wing it!” ®