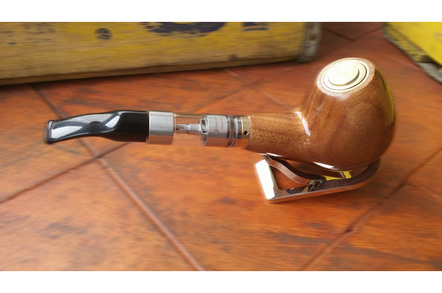 Revolutions have started for flimsier reasons than draconian new laws that assault the population’s health.

In the past, a ruling bureaucratic class has had to do something demonstrably stupid to signal to the people that it’s unfit to govern: like dramatically increase the price of staple foods such as bread, or introducing swingeing new taxes.

The European Union’s rules on vaping surely fall into the category of political miscalculation that’s so great, the trust required to govern cannot possibly be regained.

Ironically it was the UK’s House of Lords, rather than our elected MPs, who aired the consequences of these regulations in Parliament yesterday, our elected MPs having ducked the issue. The debate was called by science writer and Conservative peer Matt Ridley.

For starters, bear in mind that the European Union has no mandate to regulate on health. Any health regulation in Brussels is done under the mandate of “single market harmonization”. But as Christopher Snowden points out, the revised EU Tobacco Products Directive (TPD2) doesn’t harmonise anything at all. Snus is banned across the EU, except in Sweden, where it isn’t. TPD2 doesn’t change that.

What it does do is encompass a new generation of devices that are not tobacco products, but an alternative to tobacco people have found useful. An impartial court would have struck down the regulations on these two grounds; instead, the EU court buckled.

How did we get here? The MEP who led the Conservatives in the European Parliament until 2014 and who tried to temper the regulations offered his apologies to the house. Martin (now Lord) Callanan had served on the public health committee.

“This is truly a terrible piece of legislation, and I plead guilty for the part I played in helping to produce it in the first place,” he said, after explaining: “I was one of the people in the European Parliament that he referred to, who helped achieve the original decision against this directive’s restrictions on e-cigarettes. I was also the shadow rapporteur for my group and part of the European Parliament negotiating team that sat until about 11.30 pm in the Berlaymont, with the [EU] commission chairing the meeting and the Council [of Ministers] on the other side of the table, thrashing out the messy compromise that we see before us now in the tobacco products directive.”

Although the portions of TPD2 leave the implementation of the details to the member state, they emphatically ban the advertising of e-cigarette products, and regulate the strength of the liquid to below what a heavy smoker might need to quit smoking tobacco, the Lords were told. This was no accident, thought Callanan.

“Lord Ridley is quite right to point out the somewhat murky role of various pharmaceutical interests in the production of the directive,” said Callanan. “When I asked questions in the commission and the council – it seemed to me self-evident that these devices were brilliant for reducing tobacco smoking, which I thought was what we all wanted – I asked why they were even in the directive in the first place, given that it is called a tobacco products directive and e-cigarettes are not tobacco products in any sense of the word. The answer I received many times was that this was argued for by the pharmaceutical industry, which would have an awful lot to lose if e-cigarettes supplanted or replaced nicotine patches and gum. I do not know the truth of that, but it seems that it was very successful in getting what it wanted.”

Callanan also revealed that the UK’s Health Minister between 2012 and 2013 (the Rt.Hon. Anna Soubry MP) didn’t even know that vaping regulations were in TPD2. He also said the Department of Health had been unhelpful, and unduly influenced by public health activists bent on banning nicotine products of any kind, even though they are effective in tobacco control. Regulating, not improving, the public’s health had become the overriding goal.

The Earl of Error took a crumb of comfort from the fact that the vaping clampdown is in an EU directive, rather than an EU regulation, which leaves the UK with some wiggle room.

The Lord Hunt of King’s Heath, a former Labour health minister and ex-President of the Royal Society for Public Health, went further in criticising our health bureaucrats.

Some elements in the public health world were prejudiced from the start against e-cigarettes. That clearly influenced the Department of Health and is the reason why it has taken such a mealy-mouthed approach to e-cigarettes, which is simply not based on evidence at all. It is interesting that, if you look at some of the papers produced by public health bodies, there are some weaselly words around this issue: “We still don’t know and we need to be very careful”. They are really trying to find a legitimisation for the initial very negative reaction, which I am afraid has laid the foundations for where we are today, because this is bonkers. It is simply madness. Here we have a product which is clearly of benefit to smokers and there is no evidence whatever that it will be used by non-smokers, which is where all this nonsense has come from.

Hunt said the very existence of the directive will reinforce the false impression, fuelled by the popular media, that “e-cigarettes are at least as harmful as tobacco”.

Hunt was one of several peers who called for the government to make clear to its regulator (the MHRA) that the UK’s implementation of TPD2 should be minimal.

“It is quite clear that these provisions are not supported,” said Hunt. “It is pretty obvious that the government themselves do not support them because of the amelioration that they have attempted in transposing the directive. At the very least, one could expect a message to be given to weights and measures authorities that the government expect enforcement to be proportionate, minimalist and certainly light touch.”

Speaking for the government, Lord Prior of Brampton said: “It would be a massive unintended consequence if, as a result of this directive, fewer people gave up smoking,”

The cost of licensing a new vaping liquid would be £150 per product, for liquids with nicotine concentrations of 20mg/ml or under. Liquids with concentrations which heavy smokers start at, which are usually around 24mg/ml, are over this limit.

“The intention of the directive is to make it a better product and to cause more people to use it,” Lord Prior insisted.

He said he would urge the Health Minister not to put punitive taxes or duties on vaping products, beyond 20 per cent VAT. But that’s ultimately a decision for the Treasury.

You can read the whole debate here. ®