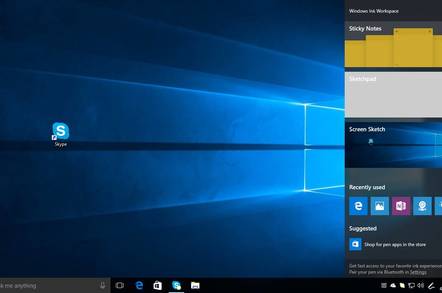 The latest Windows 10 preview has been released by Microsoft, with changes making it more Linux and web-friendly.

Gone, however, is automatic Wi-Fi sharing with contacts, with Microsoft citing low uptake over cost of development.

Extensions to Edge, Microsoft’s browser alternative to Internet Explorer, in Windows 10 build 14342 can now be downloaded from the Windows Store.

It ends the need to extract and load them from a local store but, Microsoft has warned pioneers, you’ll have to re-install any extensions they might have.

Extensions are also available for AdBlock and Adblock Plus and a range of other applications while Edge also now works with real-time notifications.

Running Linux tools and utilities on Windows also got easier.

A range of improvements to Bash on Ubuntu sees Symlinks within Windows Subsystem for Linux now work on the mounted Windows directories.

Other changes include a range of fixes to the Windows 10 build.

“The cost of updating the code to keep this feature working combined with low usage and low demand made this not worth further investment. Wi-Fi Sense, if enabled, will continue to get you connected to open Wi-Fi hotspots that it knows about through crowdsourcing.”

You can read more here. ®