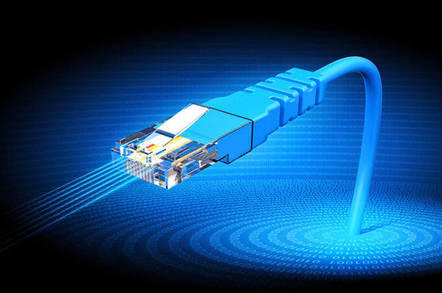 Analysis The pace of fibre broadband deployment in the UK remains a highly contentious issue. But the current lack of fibre isn't our biggest problem: it's the absence of any national strategy.

To put our fibre-to-the-premise broadband infrastructure into international perspective, FTTP services are only available to two per cent of UK premises.

Last week BT announced a £6bn investment in broadband and mobile by 2020. That will include two million fibre-to-the-premise FTTP lines to homes and 10 million using G.fast, which offers speeds of up to 300 megabits using old copper lines.

Although it had already promised to build FTTP lines for a large number of the one million new homes planned to be built by the end of this Parliament.

That announcement was hot on the heels of Virgin's pledge to build a million ultrafast fibre-optic broadband lines in the next three years. Cynics have viewed the pledge by BT as a way of placating Ofcom as it wrangles with the regulator to avoid a forced “enhanced” operational separation of Openreach by the EU.

Other providers are also pushing ahead with FTTP deployments. For example, rural broadband player Gigaclear plans to bring FTTP to 1.5 million rural homes and businesses. But those deployments do not add up to a comprehensive strategy as to how the UK will get nationwide fibre coverage.

FTTP is inevitably going to happen given the ageing state of the copper network, which in some areas is more than 100 years old. It's just the how and when that's missing.

At the moment the only company that has the capacity to make that happen on a national scale is BT. One long-standing criticism is that BT would rather stagger its investment costs by sweating its copper assets. In response, the former state monopoly has pointed out that a nationwide FTTP plan would be too costly and take decades to yield a return on investment.

He added: "What really troubles me is the conclusion that somehow we have a system where operators are not sufficiently financially motivated to connect existing homes and would rather sweat their assets."

While Lewis said that Ofcom's once-in-a-decade Digital Communications Review in February did a good job in identifying the problem, "where it seems to have fallen down is over what the solution is and the timeline for solving it."

Lewis wants to see Ofcom push ahead quickly with its proposals to further open up BT's ducts and poles to competitors. However, it is still unclear how effective that strategy will be, as competitors have already had a form of access to BT's infrastructure for some years. A number of smaller providers have so far appeared lukewarm about the idea, preferring to build their own.

Many commentators have observed that rather than spend up to £80bn on the new HS2 railway line, the government could more usefully set aside some of that cash for a fibre broadband roll-out. That, however, would certainly run into problems under EU state aid rules and would need to be deployed in such a way as to prevent BT being the only provider.

Dan Bieler, principal analyst at Forrester, believes the most effective way to tackle the problem is via government investment. "If the government believes fibre is important then it should do something about it. Ofcom is probably trying to its bit given its mandate, but there is only so much they can do without a clear overarching government strategy."

He says EU competition rules are being overstated and an intelligent funding design would avoid investment only going to one provider.

Others have suggested that's what's needed is a complete separation of Openreach from BT to encourage more collaboration with suppliers and regulatory FTTP targets.

But Paolo Pescatore, director of multiplay and media at technology analyst company, CCS Insight is unconvinced such a move would work. He believes it is right to take a pragmatic, phased approach to fibre.

”Fundamentally it comes down to economics, imagine how costly it will be to send engineers out to dig up copper infrastructure and lay new cables across the country, not to mention the huge inconvenience and added disruption costs,” he said. “By maximising the existing network through technology such as G.Fast we can get speeds equivalent to fibre without causing major disruption. That is where BT and Openreach have to find delicate balance.”

"While the government has not set out specific targets,” he said, “it has set out a desire for the country to have greater fibre competition. We'll probably see firmer statements in the coming months – particularly as we await what the future governance structure of Openreach."

He says while BT needs to do more than it has announced, the market is still in the early days of evolving to fibre. Before the government starts to consider mandating fibre targets it will be worth seeing if Ofcom's strategy of greater access to its ducts and poles has an effect, he says.

If broadband – to use the cliche – really is the “fourth utility”, then surely it deserves a bold long-term infrastructure plan? Particularly when one compares the UK's woeful standing with our international competitors.

That strategy still remains to be seen. ®