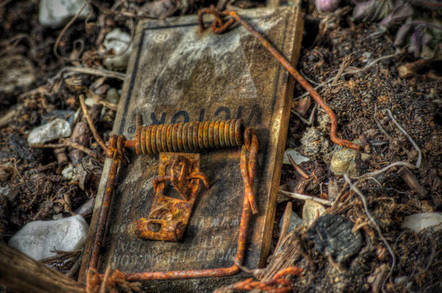 Privacy needs to be baked into Internet of Things developers’ thinking from the outset, one of IBM’s IoT supremos said today, pointing out that “just because you can do something, it doesn’t mean you should”.

Andy Stanford-Clark, in a keynote kicking off the Building IoT conference in Cologne, reeled off the monikers assorted vendors have deployed over the years in an effort to corner this market, from SCADA, IoT, and ubiquitous computing, through to Cisco’s attempts to corner “the internet of everything”.

“We [IBM] called it smarter planet about seven years ago,” the IBM distinguished engineer said. Despite Big Blue’s best efforts back then, the world appeared to have settled on the Internet of Things.

But while developers had at least decided what to call it, they were still some way off deciding just how to do it, Stanford-Clark continued, with a multiplicity of “standards” and protocols jostling for attention. Stanford-Clark developed IBM’s MQTT connectivity protocol back in 1998, which he said has also gained the backing of Amazon.

Stanford-Clark reeled off some examples of IoT applications, almost managing to avoid the dreaded internet fridge, but defiantly citing the internet-connected washing machine.

Despite white goods makers cramming washers with multiple programs, he said, many people rarely used more than two settings. Manufacturers might be completely oblivious to this, he said, as they never received real world info about how people used their products. By connecting their devices, he said, they could actually carry out real world testing in the field and possibly start to develop devices with, say, just two settings for their more binary customers. If nothing else, a less complicated dial or switch was one less thing to fail.

Further down the line, he suggested, manufacturers could offer “clean clothes” as a service, charging consumers by the wash similar to the way Rolls Royce charges airlines only for the time their engines are in use.

Less trivially, he discussed how instrumentation and data analysis could be used to support vulnerable or elderly people in their homes, monitoring electricity use and water for example, to deduce if they were moving around or may have had a fall.

But both cases would also mean that companies, and engineers, had to take a more upfront stance on issues of privacy, he said, including on how data is associated and analysed.

“This has to be done with knowing consent,” he said. In the case of many “free” services, the “price” consumers were paying for the benefit were buried in EULAs.

“There’s no use in tricking us,” he said.

Informed consent, however, only goes so far. As someone with “inventor” on his business card, Stanford-Clark said he had felt obliged to address the mousetrap issue, and as a result had eight connected mousetraps dotted around his home.

Each time one of the little critters succumbed, he received notice of a “mouse” event, meaning he could optimise the process of checking and re-baiting the traps, and ensure a better level of service to his family, via the absence of the aroma of decaying mouse and/or cheese in the house. The murine community’s precise level of consent was not discussed. ®

Yes, it's the same Andy Stanford-Clark who will be delivering one this year's Reg summer lectures. Full details here.