What is Hybrid Infrastructure? Glad you asked...

Plus: Trevor finally defines what a cloud is. (Welcome, Googlers) 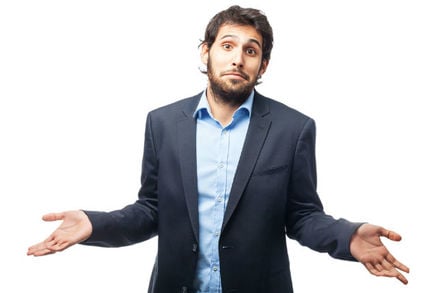 As part of its recent split, Hewlett Packard Enterprise announced "four areas of transformation", among them the buzzword-heavy "hybrid infrastructure".

The official blurb from official website says "Today’s broad variety of apps and data require different delivery models for each business outcome. A hybrid infrastructure combines traditional IT, private, managed and public clouds, so you can enable your right mix to power 100% of the workloads that drive your enterprise."

Let us decode. "A hybrid infrastructure combines traditional IT, private, managed and public clouds" is straightforward. HPE is clearly separating traditional IT from private clouds. It also separates service provider (managed) clouds from public clouds. This is the split that I personally use and advocate,so I think we're off to a grand start.

A cloud – public, private or managed – is a pool of IT resources – virtualized, containerized and/or physical – that can be provisioned by resource consumers using a self-service portal and/or an API. As I have advocated for some time, you don't get to say you have a cloud just because you managed to install ESXi on a couple of hosts and run the vSphere virtual appliance.

For HPE watchers, none of this should be particularly surprising. HPE has come out with an excellent Azure in a can offering for the midmarket and is also working on its new Synergy strategy, aimed at larger organizations. It's not hard to see why: cloud expenditure has reached 110 billion dollars a year and doesn't look set to slow down any time soon.

Both technology pushes can credibly be called part separate and distinct hybrid infrastructure plays. HPE has also made some solid bets on its Helion private cloud technology and services, including one with Deutsche Bank where HPE lose money if the cloud provided doesn't meet expectations.

This is a pretty big change for HPE, which for decades was predominantly a tin-shifter that dabbled in software and services. HPE's experiment in running its own public cloud was not a success. It never became a software, services or Google-esque data-hoovering power house. And tin-shifting margins everywhere are evaporating.

Everyone knows how to do traditional IT, so there's no real money to be made in helping people do it. Not so with things cloudy: few organisations have to skills to build, manage and maintain a cloud.

Fewer still who have made the cultural and business practices changes necessary to take advantage of cloud computing's self service, automation and orchestration so that they can see the very real benefits it has to offer over traditional IT. There are only a handful of organisations who can then make a private cloud work with managed clouds and public clouds, finally reaching that promised for utopia of true utility computing.

Of all companies, will it really be HPE that manages to deliver private clouds that connect up to public and managed clouds, move workloads back and forth and do so without breaking the bank? As astonishing as it sounds, yes.

In short, HPE has done this hybrid cloud infrastructure in practice already. It has done it successfully and is now ready to train its workforce more broadly in the tools, techniques and lessons learned. As I see it, HPE has settled on the right strategy. It has built up a portfolio of technologies and experience that support this strategy and has a nice list of customer wins to go to market with.

Seemingly, it's only major vendor – so far - muttering "hybrid" that actually seems to know what it is doing. Let’s see how that translates into execution. ®