Ireland's tax arrangements are as clear as a pint of Guinness 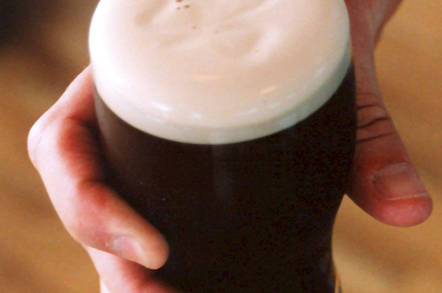 Comment Ireland has repeatedly been in the spotlight for its favourable and controversial tax incentives - which have attracted numerous large tech companies to its shores.

However, the country has also been accused of being less than transparent in some of its tax arrangements.

The European Commission is currently investigating the emerald isle over allegations it cut a sweetheart deal with Apple, claiming the arrangement amounts to "state aid". The investigation, which began in June 2014, was expected to conclude earlier this year. The commission said it is waiting for Ireland to submit further information.

Ireland is not immune to criticism about its tax structures. Separate to that investigation, the country has conceded it would change some of its more controversial arrangements.

In October 2014, the country announced it would abolish its so-called "Double Irish" structure, which the likes of Facebook, Google, Apple and LinkedIn have used to take advantage of Ireland’s lenient tax set-up for decades. That won’t take place until 2020.

While the country has bowed to pressure from both the US Senate and the Republic’s EU partners by promising to shelve the scheme, it remains unwavering in its commitment to the 12.5 per cent tax rate.

It has even announced plans to slash that further to 6.25 per cent for firms that can demonstrate their earnings are derived from patents and copyrighted software created by research and development carried out in Ireland.

Certainly there is nothing illegal in Ireland setting low corporation tax rates, or for that matter in companies making use of them.

Yet public appetite against companies appearing to "game" the system seems to be growing. Apple co-founder Steve Wozniak tapped into popular sentiment when he said Apple – along with all businesses – ought to pay the same rate of tax as he does.

That is arguably something Facebook recognised when it took the unprecedented move to overhaul the way it pays tax in the UK.

Previously the company had routed sales made from advertisers in the UK through Ireland, thus avoiding the higher corporation tax rate of 20 per cent and also making use of the Double Irish system by paying royalties to its Irish parent company Facebook Holdings.

The new system will begin in the tax year. However, it is currently unclear exactly how much more Facebook will pay in tax as a consequence.

Ireland, too, should also be conscious of how its actions are viewed, particularly as the European Commission prepares its findings regarding the country's arrangements with Apple.

As Dan O’Brien writes in the Irish Independent: "[A] finding against Ireland would reinforce the view that Ireland is siphoning off other EU countries' tax revenues, and being used as a Trojan horse for corporate America to boot.”

He adds: "As for claims that not taking a challenge would undermine Ireland's attractiveness more generally, I am unconvinced. The way the wind is blowing on tax avoidance has changed globally. Companies know this well.”

Regardless of the outcome of the probe, few could argue that Ireland - and the broader international tax system - would not benefit from greater transparency and clarity of tax rules.

When explaining why Google took six years to reach its tax settlement with the UK, Tom Hutchinson, a Google vice president, blamed the overly complicated tax system for the protracted negotiations. "I would love to have these rules simpler, so we could explain it to people who are not tax people," he said. ®