Experian Audience Engine knows almost as much about you as Google 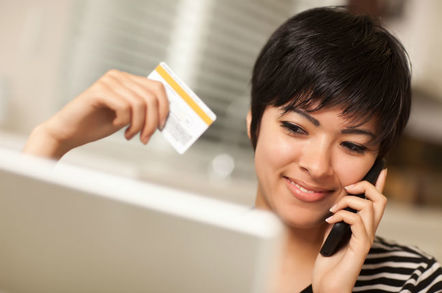 We have grown so used to credit reference giants like Experian knowing almost as much about us as Google, but unlike Google, they put this information up for sale. This is perhaps why we have forgotten that Experian could form the basis of one of the most powerful personal intelligence systems in the world. And that it is a short step from there to taking away most of Nielsen’s advertising business through advanced advertising decision-making.

By asking everyone who supplies you with basic services like broadband, car finance and groceries, and establishing that you are a basically credit worthy person, Experian only has to take on board a few more transaction details, such as buying access to your credit card statement, to know everything that you are likely to buy. It is a small step from there to choosing which advertising and which TV programmes you should see.

This week Experian Marketing Services has come out with a US audience management platform which it claims will change the way the advertising industry buys and measures media. It calls it the Audience Engine and it matches data from its marketing ecosystem into an automated platform for targeting, execution and measurement of addressable advertising. It’s a slam dunk, as companies like Nielsen won’t take this on to complete, and are more likely to partner with it than resist it.

Experian is a $5bn business, and says it developed the platform to automate the process of finding an advertiser’s audience — at scale, across multiple channels, both online and offline, and for TV advertisers, this includes linear, addressable and over-the-top audiences, such as connected TV. It sounds perfect as a decision-making database for programmatic online video advertising and could plug straight into them.

The company says that it has run this in beta for nine months, and shown it off to over 70 brands who now have experience with what the Audience Engine can do in TV campaigns. It has used it in automotive, travel, retail and consumer packaged goods and claims to have measured sales lift at 67 per cent. Every brand in the US is going to sign up for that kind of uplift.

“We built Audience Engine with an open ecosystem in mind. As a result, we’ve been very successful in securing major accounts that have contributed to the impressive scale of our platform,” said Kevin Dean, president and general manager of targeting, Experian Marketing Services.

Let’s just think about how this might work? You have bought a motorbike sometime during the past five years. It offers that to an advertiser who is looking to sell insurance for motorbikes and you are bombarded with motorbike insurance advertising on every platform you go to. You have no opt in, or opt out, and even though you have bought motorbike insurance, it keeps bombarding you. It’s just as bad as Google, where if you search on it for a lawnmower, then all the Google ads from then on send you lawnmower prices for about six months.

It has already plugged into some demand side platforms like Videology, Turn, MediaMath, x+1 and Lotame, as well.

You have to ask if there is a reason to keep Nielsen when you have access to this data? Nielsen offers broadcasters and advertisers a pricing model based on how many people who watch a particular broadcast programme. As advertising is increasingly served around demographic or location or viewing habit data, knowing how much it is worth to advertise to 10 million viewers in one go is less relevant, when you can choose which ones to advertise to. But while we can’t think of this disruption happening to anyone better than Nielsen, we can’t think of anyone less trustworthy with our viewing habits than Experian.

The system comes with an audience insight tool which can export audiences and another to help you choose TV channels and portals through which to distribute an addressable campaign. The company claims that it is privacy compliant, but we’re not quite sure how that’s achieved.

“Traditionally, advertisers and media buyers think about the channel first — whether that’s targeting an audience via TV, on Facebook or an app — before they know if their audience is active in that channel. Audience Engine reverses this process,” said Dean. “The traditional approach gives advertisers ‘reach,’ but also results in a lot of wasted money, inaccurate data and irrelevant ads. With our audience-management platform, reach can be achieved with a level of unprecedented precision.”

Among its channel partners Experian lists DirecTV, Dish Network, Comcast, Cablevision, Charter and AT&T. That about wraps it up for the US, Europe... and China next.