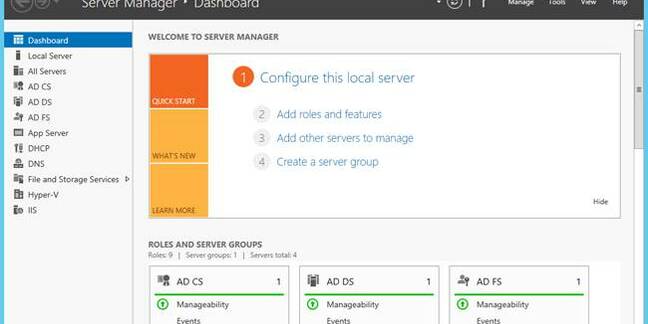 Microsoft has a released a fix to address problems with its Windows Server Update Services (WSUS) tool. For those not in the know, WSUS is a component of Windows Server that lets IT administrators push particular updates to users' PCs.

Redmond said installing KB3159706 on Windows Server 2012 will give WSUS the ability to automatically decrypt upgrades from Microsoft in the same way client-side Windows Update software does. WSUS defines "upgrades" as feature additions, separate from "updates" that typically include security patches.

This, Microsoft hopes, will eliminate some of the problems that have been plaguing recent WSUS channel upgrades for Windows 10 machines delivered through Windows Server 2012/R2 with the KB3148812 patch.

Microsoft says that WSUS machines had been unable to properly decrypt the upgrade files which in turn caused problems when the upgrades were pushed out to the end users.

"Until now, we have been manually decrypting these packages prior to releasing to the WSUS channel, the process of which is both time consuming and error prone," explained Windows Server program manager Steve Henry.

"KB3159706 introduces this functionality to WSUS for Windows Server 2012/R2, such that it can now natively decrypt this content."

All administrators running WSUS should install the fix, as the ability to download and distribute future Windows 10 upgrades will depend on it being present. The update will be installed by default on Windows Server 2016 releases.

Microsoft notes that WSUS admins may want to manually remove the KB3148812 patch before installing, though the new update should be able to automatically replace the old and removal is considered "optional." ®