Nerds make it rain in Nevada. The Las Vegas strip? No, cloud-seeding drones over the desert

Big plans ahead if the FAA gets its act together 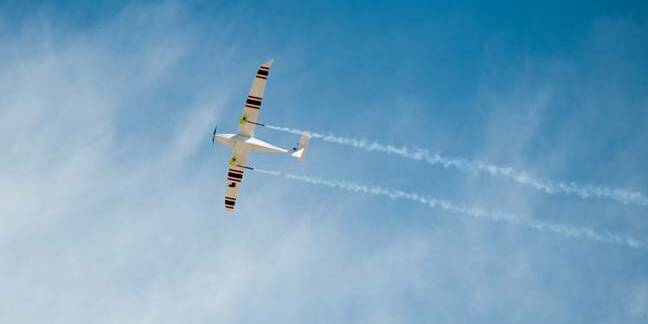 Cloud seeding – spraying chemicals into the air to encourage rainfall – used to be regarded as a fringe science at best, but now it's kind of a big deal. As such, eggheads in Nevada hope to use drones to turn parts of the largely arid US state, otherwise famous for the Las Vegas adult playground, green.

The Desert Research Institute (DRI) has just flown a drone equipped with silver iodine flares over Nevada and pronounced the mission a success. The test craft, somewhat cloyingly named the "Sandoval Silver State Seeder" in honor of the state governor, flew for 18 minutes to deploy its payload of flares.

Next, the institute wants to fly a larger quadrocopter with a bigger cloud-seeding payload, and has the backing of the state government to the inject a little life into the sprawling desert.

"This is a tremendous accomplishment for the state of Nevada and everyone involved," said the project's lead scientist Dr Adam Watts, an assistant research professor at DRI.

The tech will work by flying the drone into clouds and releasing particles that cause ice crystals to form, which attract water droplets around them, which hopefully fall to the ground as rain. It's a technique used successfully by many nations and could cause the famously arid state to get a bit more moist.

"We have reached another major milestone in our effort to reduce both the risks and the costs in the cloud seeding industry and help mitigate natural disasters caused by drought, hail and extreme fog," said Mike Richards, CEO of Drone America, which built the aircraft.

That won’t happen with this particular bird, since it can only carry a tiny amount of flares and the Federal Aviation Authority – America's airspace watchdog – has limited its flight ceiling to 1,200 feet, well below most clouds.

A Drone America spokesman told The Reg that there was a much larger drone in the works that can fly high and long enough to make cloud seeding a possibility. However, it's grounded until the US government can make up its mind on where drones can fly.

We feel their pain: The Register's own LOHAN craft is similarly grounded and unable to fly because the FAA thinks that its autonomous landing systems make it a drone. We've been waiting over a year for clearance but so far LOHAN remains annoyingly at ground level. ®