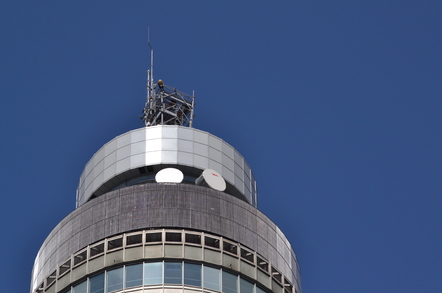 BT's £12.5bn gobble of EE will cost the business £550m in integration costs - according to the company's full-year financial results which were given a significant boost thanks to the acquisition.

The results are the first financials to be published after regulators waved through the EE deal in January.

Patterson said the results were "the best performance for more than seven years".

He said: “This has been a landmark year for BT. We’ve completed our acquisition of EE, the UK’s best 4G mobile network provider, we’ve passed more than 25m premises with fibre and we’ve also delivered a strong financial performance."

He said Openreach has hired 900 engineers to tackle missed appointments. "We’ve also recruited more than 900 extra contact centre staff. This will enable us to return EE and BT Consumer contact centre work to the UK."

Openreach and EE are to invest £6bn in capital expenditure over the next three years in the first phase of a plan to extend superfast broadband and 4G coverage beyond 95 per cent of the country by 2020, said BT.

BT is trying to avoid a situation where Ofcom goes to Europe to force greater operational separation of BT and Opeanreach after it found the broadband division acts primarily in the interests of BT. Structural separation from BT is still being considered as a potential last resort.

In its results BT said it has made proposals to Ofcom for a voluntary agreement that would address Ofcom’s concerns and could be implemented quickly, "avoiding a prolonged period of uncertainty for the industry." These proposals are centred around a new governance structure for Openreach.

The business also revealed a pension deficit of £5.2bn net of tax. ®