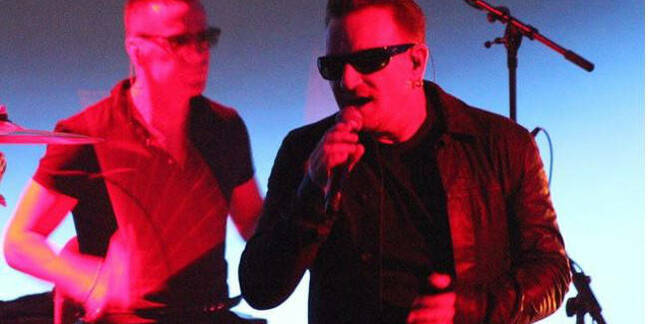 Pictured: The only music Apple won't arbitrarily wipe from your machine

Apple Music users are being warned after one fella says the streaming service deleted more than 100GB of files from his computer.

Studio director James Pinkstone said Apple's subscription-based service stripped approximately 122GB worth of music, including his own original compositions, from his machine seemingly without notification or consent.

The issue, he believes, is connected to Apple Music's cloud sync and backup settings, in which a user's stored songs are removed to save storage space, and are instead streamed from Apple servers on demand.

Pinkstone, of Atlanta, US, said Apple Music's cloud sync and backup service had been overstepping its bounds to not only remove stored music files that it offers as streaming, but also in some cases replace tracks with other versions of the same tune, or upload and then delete his original files, in some cases the original recordings of his own music.

Though he was aware of the practice, Pinkstone said that he didn't expect Apple Music to go so far as to wipe out his original work without notification, and that even after calling Apple, he was only able to recover his files by reverting to a system backup.

"I would love for Apple to face public backlash and financial ramifications for having taken advantage of its customers in such a brazen and unethical way, but Apple seems beyond reproach at this point," he wrote.

"It took three representatives before I could even speak to someone who comprehended what I was saying, and even when she admitted to Apple’s shady practice, she was able to offer no solution besides don’t use the product.”

Apple's heavy-handed deletions have been a headache for some time now, with users having complained for more than a half-a-decade that iTunes and Apple Music will remove stored files for various reasons.

Now, Pinkstone warns, the only way to make sure Apple won't wipe all your files is to not use its services in the first place.

"Even in my most Orwellian paranoia I never could have dreamed that the content holders, like Apple, would also reach into your computer and take away what you already owned," the musician said.

"If Taxi Driver is on Netflix, Netflix doesn’t come to your house and steal your Taxi Driver DVD. But that’s where we’re headed. When it comes to music, Apple is already there."

El Reg asked Apple for comment on the matter, but we have yet to hear back. We've heard, though, that iTunes' confusing user-interface is probably to blame for enabling the unexpected removal of files. ®