'Unpublished research' the punishment was based on? Yeah, we made it up 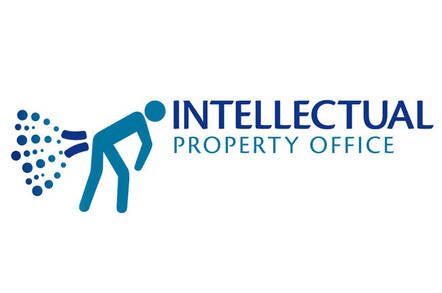 Exclusive The UK government's Intellectual Property Office (IPO) has admitted it simply made up an official justification for 10-year jail sentences for copyright-infringing file sharers.

In response to a freedom of information request by The Register asking for details on the "unpublished research" that was cited in defense of the measure, the IPO informed us:

The term "unpublished research" in the context of this report was meant to refer to inferences and conclusions drawn following the IPO’s internal policy formulation and development.

Such information was derived from our analysis of the evidence and opinion provided to us by a wide spectrum of interested parties, over the consultation period.

In other words, the IPO's policy staff simply decided that 10 years behind bars is the answer for the worst offenders.

What is remarkable about this response is that the "analysis of the evidence" reaches the opposite conclusion to its actual contents.

No less than 98 per cent of respondents to the IPO's public consultation – or 77 per cent if you throw out the slacktivists – explicitly opposed the 10-year maximum sentence. What's more, a government report cited both by IPO staff and the minister in charge as providing justification actively rejects the idea of increasing the maximum sentence for online copyright infringement from the current two years to the proposed 10 years.

In the official explanation for why her department was recommending the 10-year jail sentence, Baroness Neville-Rolfe said:

In the summer of last year and following the publication of an independent report Penalty Fair? and other supportive evidence, I made clear that the maximum sentence for online copyright infringement needed to be harmonised with physical infringement – at 10 years. The current disparity has existed for many years...

The official summary, written by IPO staff, expanded on what the "other supportive evidence" was and listed the sources for where the decision to increase the maximum were to be found. It read:

The rationale for the proposed changes originate from a number of areas including recommendations in the 2005 Gowers Review, debates on the IP Bill in 2014, Penalty Fair?, other unpublished research and ongoing exchanges with stakeholders.

The twice-cited independent report Penalty Fair? dug into the recommendations made in the earlier Gowers Review, including the suggestion that online copyright infringement being "harmonized" with offline piracy by increasing the maximum sentencing term to 10 years.

It concluded that increasing the jail sentence for online infringement was the wrong approach. Instead, it said, "the focus on achieving parity" should be made "by making more substantial financial penalties available to address online infringement." That advice was followed, and the Digital Economy Act was amended to include £50,000 fines for online copyright infringement.

The report even provided a rationale for why a long jail sentence was the wrong approach, noting: "It is government policy that prison should be used mainly for serious and dangerous offenders and that sentences should only be as long as necessary for punishment and public protection."

With the references to both the Gowers Review and Penalty Fair removed, the IPO's justification for going against its own consultation comprises:

Debates on the IP Bill in 2014, other unpublished research and ongoing exchanges with stakeholders.

With this freedom of information response, the IPO admits that the "unpublished research" is in fact its own internal conclusions.

We also asked who the "stakeholders" were that led it to conclude people were in favor of the expanded maximum sentence. The IPO provided us with the following answer:

The Summary of Responses lists all the groups of stakeholders who participated in the consultation exercise. Each response has been given close consideration, as well as all the responses we received from individual participants. We continue to correspond with all interested parties on an on-going basis on the wider issue of infringement and any other aspect of copyright policy.

But only 21 of the 1,034 stakeholder responses as defined by the IPO agreed with the 10-year proposal.

That leaves "debates on the IP Bill in 2014" as providing support for the proposal. What is most noteworthy about those debates in 2014 is that a proposal by MP Iain Wright (Labour, Hartlepool) to introduce a 10-year jail sentence for online copyright infringement was withdrawn when government minister David Willetts (Conservative, Havant) said the differences between online and offline infringement would be reviewed.

They duly were: in the Penalty Fair? report that concluded it was the wrong approach and the jail sentence should not be increased.