Businesses gobbling businesses, it's like a buffet in here 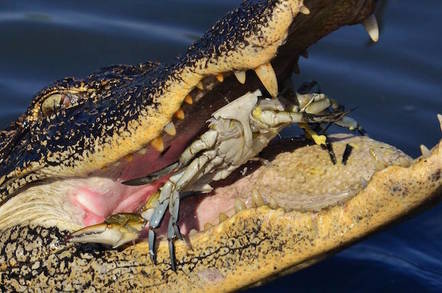 America's internet mall cop the FCC has approved the proposed $17.7bn merger between Altice and US cable provider Cablevision.

The deal, which is now only awaiting approval by state regulators, will give the Dutch-based telecoms biz Altice the fourth largest cable network in the US.

If the gobble is successful, Cablevision will combine with Altice's Missouri-based Suddenlink, and Altice will pay Cablevision owners $34.90 per share. The acquisition was announced in September of last year.

The merger faced some scrutiny from the US Department of Justice over concerns that a European company controlling swathes of American cable infrastructure. Altice has since addressed the issue by signing off on national security agreements related to how it would run both the Suddenlink and the proposed Cablevision networks.

The FCC also said that it would overrule concerns lobbied by the Communication Workers of America labor union that Altice would be taking on too much debt with its acquisition.

"We have carefully reviewed the record, including supplemental information filed and verified by Applicants that we requested," the FCC said in approving the deal [PDF].

Cablevision operates in a small but densely populated region on the US East Coast, providing TV, internet and VoIP to about 3.1 million people in parts of New York, New Jersey and Connecticut. Suddenlink provides TV and internet to 1.5 million people in homes and businesses in Arkansas, Louisiana, Missouri, North Carolina, Oklahoma, Texas, West Virginia, and elsewhere.

The Altice-Cablevision deal is the smaller of two major cable acquisitions the FCC has been weighing. The other being the $78.7bn merger between national cable providers Charter and Time Warner Cable.

That deal was given a significant boost last month when FCC chairman Tom Wheeler and the US Department of Justice gave their conditional approval for the gobble. The full FCC commission still has to vote on the deal, however, before it can move forward. ®