Mad, bad and dangerous for trade 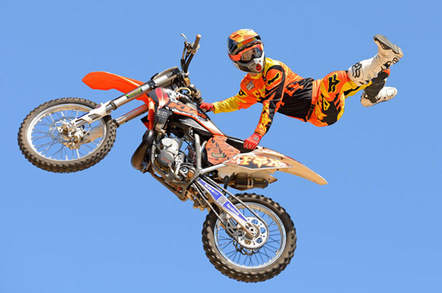 The Republic of Ireland’s IT industry would be damaged if its second-biggest trading partner Britain left the European Union. Firms are concerned about the impact on exports - particularly if the British economy and sterling hit the skids.

Some think Ireland could benefit from international firms wanting an English-speaking base in the EU, if Britain was no longer available – although others think inward investment could suffer. British IT contractors might cross the Irish Sea seeking euro-denominated work, or possibly not.

The only certain result from a Brexit vote on 23 June? Uncertainty.

“Uncertainty is not a good thing in any industry,” says Jim Friars, chief executive of professional association the Irish Computer Society. “I think we all lose.”

Ireland and the UK have had a special, if troubled, relationship since the Republic became a free state in 1922. Its currency was worth the same as the pound sterling until 1979, and continued to shadow it until Ireland replaced the punt with the euro in 2002.

Through the British Isles Common Travel Area, Irish and British citizens can live and work in either country, journeys between the two countries are treated as domestic and there are no fixed controls on the land border between Northern Ireland and the republic.

And they trade with each other - a lot: €63bn (£49bn) in imports and exports annually, nearly a third of Ireland’s total EU trade, putting Britain second only to the United States as a partner.

Each year Ireland exports of €6bn in computer services, €5bn in financial and insurance and €3bn in other business services to the UK. Irish business group Ibec, which hopes the vote will go the other way, reckons Brexit could reduce British-Irish trade by a fifth, with computer services among sectors particularly affected.

Although some fear new regulatory barriers, such as Britain setting different data protection rules to the EU, Irish IT’s main worries concern currencies and the British economy. The last few months have seen the pound sinking from €1.40 to a low point of €1.24 on fears of Brexit, making Irish goods and services consequently pricier in Britain.

PricewaterhouseCoopers has predicted that sterling could drop by a further 10-15 per cent on a leave vote, and also reckons UK gross domestic product would be three to 5.5 per cent lower by 2020 in the event of Brexit – which given Ireland’s links to the UK would equate to 0.9%-1.6 per cent knocked off Irish GDP.

Ed Grant, chief financial officer of cloud telephony provider Solgari, says 40 per cent of the company’s business is with British clients. “Most Irish tech companies will have business in the UK,” he says.

“We have a big focus on financial services firms, particularly around compliance. I think at best [the situation is] neutral, and more than likely it’s negative, because of the uncertainty.”

Some see opportunities for Ireland if it became the only remaining English-speaking EU member, and a low-tax business-friendly one to boot. The Ibec report says Britain currently leads the EU in attracting foreign direct investment, but banks in a post-Brexit Britain could lose so-called “passporting” rights to offer some financial services across the European Economic Area.

Paddy O’Connell, a director of recruitment firm Berkley Group, says Dublin already has the Irish Financial Services Centre as a dedicated location for finance and fintech firms. “There’s already an infrastructure, an environment there to attract other international organisations that may not necessarily see the UK as an attractive place to establish European operations,” he told The Reg.

But others fear potential damage to Ireland’s reputation as a place to invest. Jan Quant, co-founder of UK process management software firm Screendragon, thinks some firms that currently serve Britain from Ireland would decide they needed to shift to the UK to do this in future.

And Jim Friars at the Irish Computer Society fears both countries would suffer. As a Canadian, he recalls the run-up to Quebec’s referendum on whether or not to leave that country in 1980. Although the Québécois decided to stay (and did so again in 1995), before the vote Friars said US pharmaceutical firm Merck made plans for a Quexit.

Friars said: “They wouldn’t locate in either one. They’d just service both markets from the US, because why bother?” He concludes that uncertainty may paralyse foreign investment on both sides of the Irish Sea: “The easiest decision is to take no decision.”

Given that UK-Irish free movement of people and goods predates the EU, it looks unlikely that trade and immigration barriers would appear between the two countries – although no-one knows. “I doubt it, but it’s just that element of uncertainty,” says Jan Quant.

Screendragon employs more than 30 staff in Cork, and it is currently easy to transfer staff between there and its London headquarters – a freedom it would like to retain. If it remained straightforward to move between the two countries despite Brexit, Paddy O’Connell anticipates more British IT contractors working in Ireland due the attractions of the stronger euro.

In general, Irish tech firms seem bemused that Brits are even considering Brexit. “Britain's potential exit from the EU, and the associated implications for the migration of talent, seems to fly in the face of the open way the world now operates,” says Rod Smyth, chief executive of workforce management software start-up TempBuddy.

“Companies want to recruit the best staff, whether that be on a permanent or contingent basis, irrespective of their nationality. The ‘millennial’ generation is far more mobile and open to move for the right role, so why make it more difficult for them to do so?”

“It would be an incredibly bad decision to exit,” he adds. “We’d be amazed if it happens, but it’s going to be close enough, that’s for sure. It’s a big thing in Ireland – we definitely want Britain to stay in.” ®