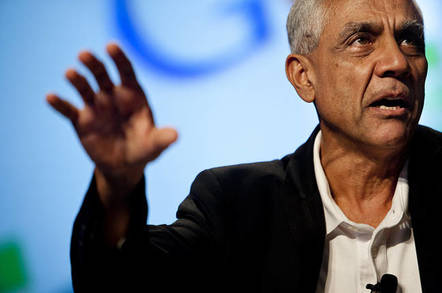 The six-year effort by VC Vinod Khosla to prevent public access to a California beach may be going against the billionaire.

In a 3-0 ruling, a San Francisco appeals court reinstated part of a lawsuit brought against the Sun Microsystems co-founder that will now allow lawyers to argue that the land's former owners had granted a public right of access to Martins Beach that he was not allowed to take back.

Khosla bought the 90-acre plot for $32.5m back in 2008 but shut the gate to the popular Half Moon Bay surfing beach less than two years later citing the cost of maintenance and liability. He also added armed guards and painted over a welcome sign.

Khosla claims that although part of the beach is public property, the land connecting to it is private. When challenged over his closing of the access gate, he went to court and used an obscure old law to maintain the block. The law was later rescinded thanks to specific new legislation and, in theory at least, the public can access the beach although the gate is often not open and Khosla continues to fight to be allowed to shut access off permanently.

One group that sued Khosla argued both that the beach was public property and that the previous owners, the Deeneys, had granted the public a right of access to it. But in 2013, a judge rejected both arguments. The group appealed and this week the second argument was reinstated.

Not so warm welcome

The Deeneys had long allowed public access to the beach, dating back to the 1930s, and put up the welcome sign as well as opened a general store. Earlier a judge said that because a 25-cent parking fee was added at some point, it meant permission was being granted to enter the land – permission that could be removed.

In the new judgment, appeal judge Therese Stewart said that even if the Deeneys' decision to provide public access was in part for commercial reasons they could still have intended to make the beach read a public use road. She argued a trial would be necessary to pull out the facts.

Meanwhile, a second lawsuit brought by surfing organization the Surfrider Foundation found [PDF] Khosla should have got a permit before closing access. The VC, who has a net worth of $1.7bn, is appealing that decision.

Khosla has offered to open access if the state pays him $30m, something that has been derided by critics. If the reinstated lawsuit finds that the previous owners effectively included a public right of access on the property when they sold it, Khosla would be obliged to open up access again for no compensation.

Khosla's lawyer, Dori Yob, told the San Francisco Chronicle that the billionaire's legal team is still confident it will eventually win: "We are confident that we will prevail in the trial court and that our client’s property rights will be fully upheld." ®