You're only young but you're going to die: Farewell, all-flash startups 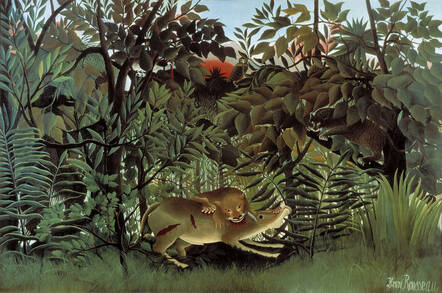 Competition in the storage jungle

Comment Following news of its restructuring there will inevitably be layoffs at X-IO’s Colorado Springs facility. We hear that the company is working to get staff employment with other companies. The situation is fast-developing and X-IO’s concern is its employees and not the media, so we'll hear more later.

Our interest here is not that but the general situation in the networked all-flash array (AFA) market.

Effectively X-IO is calling it quits on growing its AFA business. The needed investments for this would be high and the outcome uncertain and possibly loss-making. Why is it so hard for X-IO, and others, to make a reasonable crust?

We’re being told by senior IBMers, quoting IDC/Gartner numbers, that EMC leads the all-flash array market from a revenue sense, IBM is second, HPE third and Pure fourth. We figure NetApp and Dell and HDS are around the fifth, sixth and seventh places leaving scraps for the rest, meaning all-flash array startups Kaminario, Violin. Plus hybrid array suppliers/startups that have moved into all-flash, like X-IO and Nimble, Tegile and Tintri.

With the mainstream vendors, and Pure, now having effectively closed off most of the market to Kaminario, Violin and X-IO then what chance do Nimble, Tegile and Tintri have?

There is an argument that it’s game over in the networked all-flash array market. That market is going to move to NVMe fabric-attached arrays, witness Apeiron, DSSD, Mangstor and X-IO’s own Axellio technology. IBM is looking favourably at NVMe fabric attach for its FlashSystem products too.

Unless Kaminario and Violin can join in the NVMe over fabric party they are condemned to fighting for survival in a market dominated by major players over whom they have no generally perceived advantage.

Violin is looking even more exposed than before. Its shares are trading at $0.35, valuing the company at a mere $33.1m. Back in March Violin was hopeful of announcing one or more strategic deals to help ensure the company’s survival before the end of April.

This followed news of layoffs following poor quarterly results. The shares were at $0.96 on February 8 and so have lost almost two-thirds of their value in the quarter.

X-IO’s withdrawal from the general AFA sector signifies that the AFA startup assault on the mainstream vendors is over.

El Reg expects that the hybrid array startup on the mainstream vendors will start to fizzle out as well, with Tintri and Tegile finding it hard to IPO. They, together with Nimble, are fighting for business increasingly on the AFA front against the resurgent mainstream vendors and Pure, as well as against the hordes of hyper-converged vendors.

These are led by Nutanix and Simplivity, with a group of startup followers – such as Maxta, Pivot3 and others – and they face strong hyper-converged competition from Dell-EMC and HPE.

With the Secureworks IPO being a dud, then IPO prospects for storage startups look poor. These are days of anxiety as dreams of easy IPO riches fade away into the grim realities of teeth and claw business competition against far bigger storage companies feeling their own hunger pangs. ®

It's true most blame put on China-linked woes, but it'll hire staff in s-a-a-a-a-a-a-ales

From far from good to good from AFA: Flash array floggers jostle for position