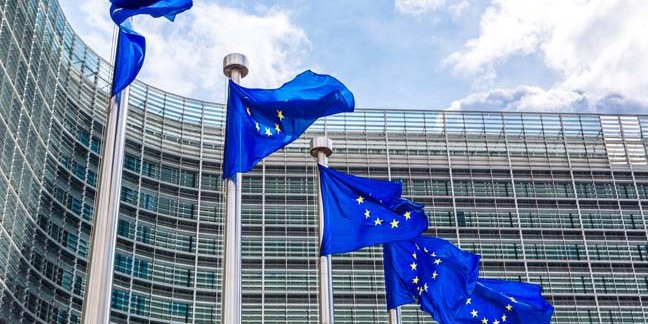 IBM has left UK staff in no doubt it wants Britain to remain in the European Union even though many of those working in its services division might not be EU-based by the end of 2017.

In February, Big Blue was one of 200 large firms across a range of industries that urged Brits to vote to stay in the Union, claiming a "Brexit" would put jobs and the economy at risk.

Stokes agreed that how staff choose to vote was “of course a personal choice” but he claimed there is a need for a “thorough and robust debate” on the issues which he said would have potential impact locally.

“IBM is in favour of the UK remaining a member of a reformed EU,” said Stokes in the internal blog seen by us. “As a large, globally integrated business with a strong presence across the European Union, IBM sees significant benefits from EU economic integration.”

The UK tech industry employs 1.56 million people and contributes £1 in every £10 to the local economy, he said.

“As a member of the EU, the completion of the Digital Single Market will further accelerate this success for UK tech,” Stokes claimed.

He said Britain “championed” open markets, free trade and harmonised regulations, and currently has a say in shaping policies and negotiating trade deals in the EU.

“Whilst this is first and foremost a personal decision for every UK citizen to make, IBM is of the view that the UK can have more influence and be more prosperous and competitive by remaining an active member of the EU,” concluded Stokes.

Company insiders wondered if Stokes nailing his colours to the mast was a contravention of IBM Business Conduct Guidelines (BCG), which stated staff must not make political contributions as a rep of IBM.

One of our contacts pointed out that after the blog's publication, IBM "bums got a little twitchy at head shed and the wagons started to circle".

A note from Christopher Padilla, global veep for government and regulatory affairs, was handily included in the blog to elucidate IBM's position.

Padilla said the BCG “does not mean the company does not take positions on political issues. In fact we do so every day before governments in every part of the world...on trade, on tax matters, on technology policy, on immigration, and countless other subjects.

"In a debate as consequential as this one, and with so many voices on all sides, employees should know where their company stands, and why.”

This is all well and good but as we revealed some months back, IBM has estimated that eight in 10 staff at Global Technology Services will be based in offshore and near-shore locations by the end of next year - positions that is many cases will be entirely based outside of the EU.®

Our culinary heritage must be protected