Ten years in the clink, file-sharing monsters! (If UK govt gets its way)

But minister, our own survey… Shut up! Ten years! 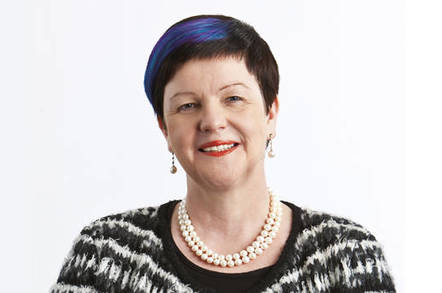 Analysis The UK government will insist on jail sentences of up to 10 years for illegal file sharing, despite its own public consultation saying the opposite.

In an act of almost unparalleled Whitehall hubris, the decision was announced in the foreword to a report [PDF] that revealed only two per cent of respondents agreed with the measure.

"In the summer of last year and following the publication of an independent report 'Penalty Fair?' and other supportive evidence, I made clear that the maximum sentence for online copyright infringement needed to be harmonised with physical infringement – at 10 years," writes Baroness Neville-Rolfe DBE CMG.

And she'll be damned if public opinion or reasoned argument is going to change her mind.

"Last year the government consulted on increasing the maximum term to 10 years. We received over a thousand responses, which have played a significant part in helping to shape the discussion," she continued.

Fortunately, civil servants had the grace to put the results of that 1,000-response survey in a different document [PDF], and so shape the ministerial summary to reduce overwhelming criticism of the plan to terms like "many respondents felt" and "concerns were also raised."

Out of the 1,034 commenters who felt strongly enough to go to the trouble of responding to the government consultation, the government is relying on the 21 who agreed with it to create official government policy and propose a new law that could see heavy and repeat file-sharers sentenced to jail for a decade for swapping media files.

On the ten-year jail sentence proposal, the official summary notes: "Concerns were also raised about the proposed increase in maximum sentence, which was criticised for being the same or higher than other serious offences such as rape, some firearms offences, rioting and child cruelty."

How do you justify giving a sentence similar to that for rape in cases involving sharing music files? You don't have to, that's the beauty of being in government.

Instead, the response points to a case where five defendants put 2,500 films online and had to be prosecuted through the Fraud Act because the existing copyright legislation would only have allowed a two-year jail sentence. Under the Fraud Act, they got four-and-a-half years.

Of course, that story doesn't actually answer the question: is sharing movies or music online really a crime as terrible as rape, rioting, or abusing children?

And there was a reason for that: because the question had already been asked and answered in a previous government review. With some irony, it is the same review that Baroness Neville-Rolfe quotes as providing justification for the penalty.

According to the Baroness' words, the "independent report 'Penalty Fair?' and other supportive evidence" are what led to the 10-year justification.

Except that independent report [PDF] specifically argues that the 10-year sentence is not right.

Published in 2015, it notes that the government had accepted a recommendation back in 2006 [Gowers Review] that the "discrepancy between the maximum penalties for physical and online offences ... be addressed," but that when the issue was dug into, it was decided instead to "focus on achieving parity by making more substantial financial penalties available to address online infringement."

In other words, fine rather than jail people. And that happened when the Digital Economy Act was amended to include £50,000 fines for online copyright infringement.

As to why long jail sentences are not appropriate, the report noted: "It is Government policy that prison should be used mainly for serious and dangerous offenders and that sentences should only be as long as necessary for punishment and public protection."

So the main report that the minister quotes as justification for pushing the 10-year maximum in fact argues the opposite.

What of the "other supportive evidence"?

Further on in the government response, it explains that "the rationale for the proposed changes originates from a number of areas including recommendations in the 2005 Gowers Review, debates on the IP Bill in 2014, 'Penalty Fair?', other unpublished research, and ongoing exchanges with stakeholders."

We've covered the Gowers Review and the Penalty Fair report. The "other supportive evidence" thus becomes "other unpublished research and ongoing exchanges with stakeholders."

Who are these "stakeholders"? Well, they are not law enforcement or the prosecution system, because those are referenced later on. They are most certainly not civil society or tech companies, because they have made their opposition to the plans plain. So that leaves the content producers and the IP lobby.

What that means overall is that government policy – including a potential 10-year jail sentence – is being driven, against public consultation and against previous legislative reviews on the basis of unpublished (yes, that is "unpublished") research and discussions with content producers.

In other words, the IP lobby is writing the law.

And who is Baroness Neville-Rolfe DBE CMG? The Minister for Intellectual Property. ®