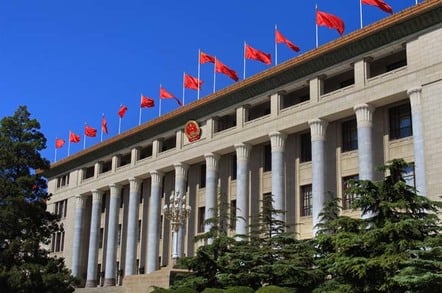 Apple has reportedly been banned from offering movies and books through its iTunes and iBooks portals in China.

The New York Times cited anonymous sources in reporting that Beijing has decided that the Cupertino giant will no longer be able to offer the movie and book download services on the mainland.

The reason for the shutdown was not given, though the report credits the State Administration of Press, Publication, Radio, Film and Television with ordering the two services be taken offline some time last week.

That would have placed the shutdown as happening before Apple counsel Bruce Sewell said that the company had never cooperated with demands from China that it disclose source code for its products or services.

Apple, more than many other US companies, has for some time been on good terms with the Chinese government. Apple relies on China's Foxconn assembly plants for much of the manufacturing and assembly of its hardware, and CEO Tim Cook has been on the record as praising China for its electronics industry.

The move could undermine Apple in a China market that has been increasingly important for Cook and Co. Sales in mainland China have become a huge portion of Apple's business and, without the lure of content to put on them, iDevices may lose a bit of their allure.

Apple execs will likely address the issue in some form next Tuesday when the company holds its Q2 2016 report. Originally slated to take place Monday, the report will be issued on Tuesday out of respect for memorial services honoring former board member Bill Campbell. ®