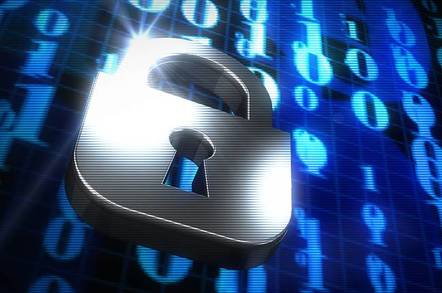 Opera has built a free virtual private network (VPN) service into the latest version of its browser for Windows and OS X.

The other other other browser will allow users running the most recent developer build to knock their connections through the SurfEasy VPN free of charge. The VPN option can be enabled under the Privacy and Security section of the Opera browser settings screen.

It seems Opera acquired SurfEasy in March of last year with just this in mind – baking the SurfEasy VPN into its software as an additional security and privacy measure for users. Obviously, you have to assume Opera isn't spying on web activity through its VPN service, but that applies to all shared VPN providers.

"Until now, most VPN services and proxy servers have been limited and based on a paid subscription," wrote Opera senior VP of global engineering Krystian Kolondra in a blog post announcing the feature.

"With a free, unlimited, native VPN that just works out-of-the-box and doesn't require any subscription, Opera wants to make VPNs available to everyone."

So how does it work?

We decided to take the VPN feature out for a quick spin. Installing and enabling the VPN was easy enough (just make sure you have the developer preview and not the regular version). 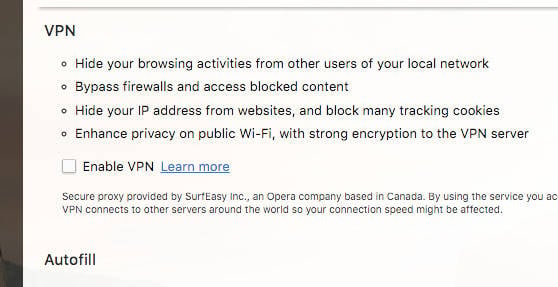 Setup is every bit as easy as advertised

However once you turn it on, well, things slow down.

Loading the Reg home page took a good 15 seconds or so, and other sites showed similar lag, despite loading quickly with other browsers (Chrome) or on Opera with the VPN turned off.

We ran a speed test to get some numbers, showing the VPN-based connection is (as expected) slightly slower than the normal connection. In practice, loading pages with the Opera SurfEasy VPN was a definite bottleneck: the extra latency (as you can see with the higher ping times via the VPN) slows down the delivery of webpages.

A normal connection speed at the Reg SF office

Perhaps this is acerbated by a crush of traffic on release day. It wouldn't be the first time we've seen users bog down a brand new feature. If that's the case, Opera will have a nice selling point on its hands.

With privacy increasingly becoming a concern, the option to further hide from prying eyes will definitely help Opera gain market share on the likes of Chrome, Firefox and IE. If Opera can't get speeds above what we experienced, however, the lag will be more than most people can handle. ®