Amazon improves its cloud while competitors talk up 'customer choice' 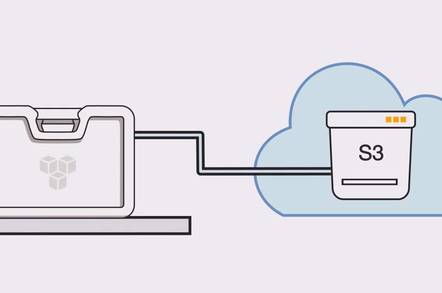 Amazon has announced numerous updates to its cloud platform at its AWS (Amazon Web Services) summit in Chicago on April 18 and 19.

On the storage side, S3 Transfer Acceleration optimizes data transfer to and from Amazon's Simple Storage Service by routing connections to the lowest-latency AWS Edge Location, the same global network used by the Amazon CloudFront content delivery service. The benefits are greatest for those transferring large files over long distances, such as from Europe to the US or Asia. Amazon claims improvements of "up to 300 per cent".

AWS Snowball, a secure storage appliance for physically shipping data to or from AWS, now comes in a larger size, 80TB versus 50TB previously. The Snowball service is not available everywhere, but AWS is promising global availability by the end of 2016.

There are changes in mobile too. The AWS Device Farm, real mobile devices upon which developers can test applications via Amazon's cloud, has been enhanced to enable full remote access with tapping and gesture support via a web browser. The new feature is in beta and is Android-only for now, with iOS devices to follow later in 2016.

Amazon's Cognito directory service is being enhanced with a feature called User Pools aimed at developers of mobile apps. Each User Pool has its own set of attributes, such as name, address and so on, as well as supporting custom attributes. You can define password strength, require multi-factor authentication, and specify code that runs on AWS Lambda when users sign up. In conjunction with Amazon's mobile SDKs, this makes it easy to build apps that include sign-up and login to a Cognito User Pool.

Cognito is strategic for AWS since once apps are hooked to this directory service it will be harder to move them to a different back-end provider.

The AWS Elastic Beanstalk, which lets you configure auto-scaling and health monitoring for AWS applications, is enhanced with an option for automatic platform updates, subject to health checks which you can configure. Previously, you had to update Elastic Beanstalk manually.

The AWS Application Discovery Service, announced at the event but not yet available, is a migration tool for discovering applications running on-premises and their dependencies.

Amazon also announced general availability for its Inspector service, for automatic application security testing; integration between Amazon Kinesis Firehouse data ingestion and Amazon Elasticsearch analytics; and new options for low-cost Amazon Elastic Block Store (block level storage for virtual machines) backed by hard drives rather than SSD, and optimized either for throughput or for infrequent use at lower cost.

No game-changers here; but steady incremental improvements that demonstrate the pace of developments on Amazon's cloud. Amazon's game now is to entice its customers to transfer more of their IT infrastructure to its cloud, through initiatives like the Application Discovery Service and Snowball. Meanwhile, competitors such as Microsoft Azure talk up "customer choice ... organisations need proven, flexible systems that support hybrid deployments across public cloud, private data centres and hosting providers," as stated by Azure architect John Gossman concerning the Mesosphere DC/OS announcement on April 19. Maybe, but AWS has a formidable lead. ®