1,000 cats chill in NZ while NASA waits for a break in the weather 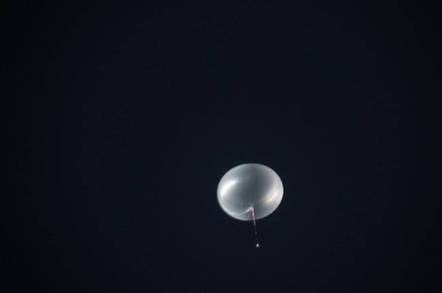 The SPB's 2015 flight, snapped by the Victorian Storm Chasers' Network

The giant windbag, meant to stay aloft for around 100 days at 33.5 km altitude, has been waiting for the weather to turn in its favour since the beginning of the month.

The problem is that even six knots of wind at low levels is problematic. As campaign manager Dwayne Orr explained in a video posted to Wanaka Airport's Facebook page, the group is looking for winds below four knots.

“The problem was, right when I was looking at making the decision … the surface wind ticked up from six knots to seven”, he said. “That means I'm not getting the stability I need to move ahead.”

The idea of deploying 22 acres of polyethylene film and filling it with half a million cubic metres of helium is to hoist payloads to high altitudes without firing off a rocket.

NASA's project team doesn't say so, but Monday's aborted launch must have been intensely frustrating. The project page describes the day's work:

Debbie Fairbrother, who revels in the enviable job title “Balloon Program Office chief”, said the delay was “unfortunate but not unusual”.

The last time NASA got an SPB into the air, it was aloft for 54 days before a leak forced an unscheduled landing in outback Australia.

Keen sky-watchers will be able to follow the SPB's progress here – which should also help work out whether they're going to get a chance to see it pass overhead. There's also a link to the Webcam that will show the launch, when it happens. ®