It depends on where they live, critical research reveals 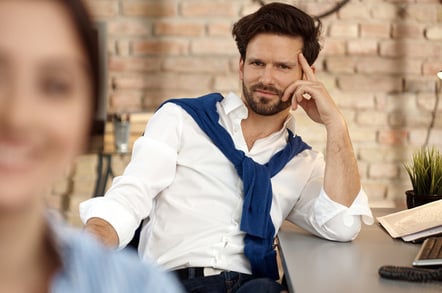 Scientists have critically discovered that men with beards are not necessarily more sexist than clean-shaven chaps, despite previous research which indicated "a connection between facial hair and negative attitudes about women".

Back in 2015, Aussie researchers Barnaby J. Dixson and Julian A. Oldmeadow asked 309 Indian and 223 American men to quantify their degree of facial hirsuteness and then asked for their opinion on statements such as "Women seek to gain power by getting control over men."

The result was that those with beards were "more likely to agree" with similar assertions. This led Dixson and Oldmeadow to suggest "correlation between facial hair and sexist attitudes because it is a sexually dimorphic trait", by which "men with patriarchal views may try to reinforce their 'manliness' by growing a beard", as PsyPost helpfully summarises.

However, a new study on 312 embearded Swedes has found "no link between facial hair and sexism", at least in a "secular" country where beards are more likely to be a purely aesthetic statement. In India and the US, on the other hand, a beard "may also indicate membership in a conservative religious group".

Authors Kahl Hellmer and T. Johanna Stenson elaborate: "We suggest that facial hair is, to some extent, used by men as a sociocultural symbol that, depending on the cultural environment, signals qualitatively distinct group membership

"Consequently, men in different cultures and traditions cease shaving to pursue different social group memberships, some of which may — or may not — be tied to more traditional or conservative values."

Dixson and Oldmeadow don't disagree with this analysis, but suggest further study is required. They respond: "If the relationship between facial hair and sexism is mediated by cultural groups that promote both conservative values and facial hair, the question remains why do such groups promote facial hair?"

As a possible answer to that, we refer the pair to the previous observation that "men with patriarchal views may try to reinforce their 'manliness' by growing a beard". ®