But who will analyse the internet of product announcements' data? 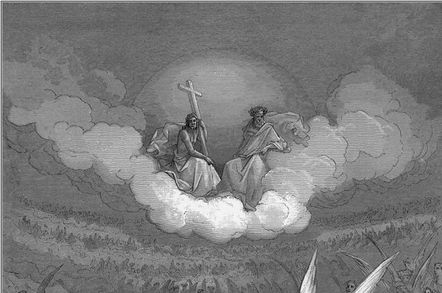 Data warehouse business Teradata is to focus more on hybrid cloud services, as the company continues to try to deal with declining sales revenue while praying for an IoT tsunami of cash.

At the Teradata Universe conference in Hamburg this morning the business announced it would launch a massively parallel processing architecture, dubbed IntelliFlex, alongside its Teradata Database which is already available on Amazon Web Services, and a regional expansion of its managed cloud services into Europe.

The MPP architecture, IntelliFlex, will be debuting in Q3 2016.

Teradata is keen to stress that its fabric-based structure will allow companies to add compute and storage independently of each other, which the business itself reckons is one of those things customers want but don't realise they want, referencing Henry Ford's aphorism, "If I'd asked customers what they wanted, they would have said 'a faster horse'" at a press briefing on Sunday.

IntelliFlex is hoped to boost the company's on-premise warehousing by “delivering up to 3x more memory for comparable performance” to its existing products.

It will be launched around the same time as the company is expected to sell its Marketing Applications business. No buyer has yet been announced, though it's more likely to be picked up by a venture capital party than a rival.

Initially announced last October, the company said Teradata Database was now available on AWS and was “the first of multiple public cloud platform options to be available in the months ahead.”

Also announced was the creation of an IoT analytics unit within Teradata Labs. A motley crew of "data scientists, data engineers and software designers" will there be figuring out how to wrangle some of the apparently soon-to-be-stampeding cash into Teradata's own "cloud-based analytic solutions and services to simplify advanced analytics, data movement and database management."

“The smartest people at Teradata are laser focused on building the best technologies to power the Analytics of Things,” said Oliver Ratzesberger, the president of Teradata Labs.

“With this announcement, we are making it easier for our customers to move sensor data around, optimize data management systems to deal with the massive volumes of data and run real-time, advanced analytics against streams of IoT data," said Ratzesberger.

"With the introduction of Teradata IntelliFlex, we are delivering unprecedented value in system availability, configuration flexibility, and hybrid in-memory computing,” he added. ®