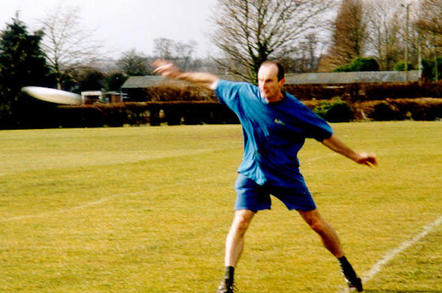 His Royal Society Biography listed just some of his achievements here:

David developed a way to correct signal interference, which is now used in digital broadcasting and magnetic storage of information, such as on computer hard drives. He also advanced the field of machine learning by improving artificial neural networks. Furthermore, he invented Dasher, an assistive software application that enables communication in any language with any muscle of the body.

He also co-founded Transversal, a software company that specialises in search based on natural speech and wrote the textbook "Information Theory, Inference, and Learning Algorithms", available online for free.

In the wider world MacKay is best known for his 2008 book “Sustainable Energy - Without the Hot Air, (it’s free in PDF format), which had a major impact on thinking about energy. Within nine months of its publication, MacKay was appointed Chief Scientific Advisor to the Department of Energy and Climate Change, a role he occupied until 2014.

Steering away from politics and economics, Sustainable Energy is satisfied with providing you with the numbers that are both thought provoking and easy to grasp. MacKay encourages you to make your own mind up - leaving you to ponder the hard facts (which are simplified by using a single measurement for each form of power consumption and production) and decipher sense from nonsense when looking at the alternatives to fossil fuels.

So why did he feel compelled to venture into such a thorny area? "I was distressed by the poor quality of the debate surrounding energy," he said in 2009, in an interview with The Guardian.

"I was also noticing so much greenwash from politicians and big business. I was tired of the debate - the extremism, the nimbyism, the hairshirt. We need a constructive conversation about energy, not a Punch and Judy show. I just wanted to try to reboot the whole debate. Most of physics is about energy, and physicists understand inefficiencies. I wanted to write a book about our energy options in a neutral, human-accessible form."

MacKay wrote candidly about his cancer treatment on his blog, Everything is Connected, and in his last post on April 12 he asked that instead of bringing gifts, people instead donate to the Arthur Rank Hospice Charity. At time of writing, contributions on the JustGiving Page he set up for the purpose had reached £5,719.84.

MacKay was Regius Professor of Engineering at Cambridge and a Fellow of The Royal Society. He leaves a wife and two young children. ®

Another 0.03% of Blighty goes wind powered

The very fact this is news shows it isn't happening