You won't believe this, but… nothing useful found on Farook iPhone

FBI not exactly shining with this one 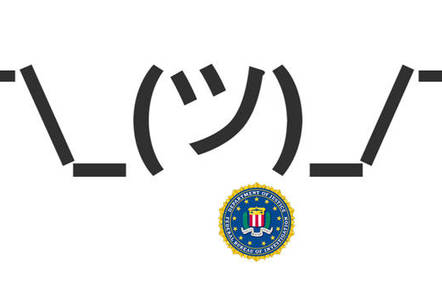 The iPhone at the center of the huge public fight between the FBI and Apple has "nothing of real significance" on it – just as we suspected.

CBS News reports it has been told by a "law enforcement source" that the phone of San Bernardino shooter Syed Farook does not contain any information of practical assistance in the investigation, although it is still analyzing its contents.

The news will not come as much of a surprise to anyone who has followed the case: the phone in question was one of three used by Farook. It was his work phone and was owned by his employer, the health department.

His two personal phones were found by investigators, crushed and dumped in a trash can at his house. Since Farook had clearly gone to some trouble to destroy any digital evidence (he also smashed up hard drives and other digital media), the fact that the iPhone in question was recovered intact made it highly unlikely that it held anything of real value.

Regardless, the FBI used the existence of the phone and the shocking nature of the crime to wage a public war with Apple over encryption and access to electronic goods. Having mistakenly caused the phone's cloud storage to be reset (some doubt it was a mistake), the FBI applied through the courts to force Apple to develop a way for it to pull all the information of the phone.

The court served an injunction but Apple refuse to honor it, claiming that the request effectively obliged it to break its own product's security and would have implications far beyond the single phone.

Following a very public spat in which Apple refused to back down, and voices in Washington starting to criticize the FBI for trying to seek a legal precedent rather than solve a crime, the day before a legal hearing on the matter, the FBI suddenly announced it had found a third party that was able to grant it access to the phone's data.

The FBI has been tight-lipped about who that third party is and provided no details over the method it used – even to Apple.

It also claims that the method only works for a "narrow slice" of phones – implying that it only works with an iPhone 5C running iOS 9 – and continues to pursue Apple in court over different phones running different operating system versions. And on Thursday, government sources told Reuters that the FBI doesn't know what method was used and so it is "highly unlikely the technique will be disclosed by the government to Apple or any other entity." Which some will no doubt view as highly convenient.

The fact that Farook's phone seemingly holds no useful intelligence is therefore not in itself of importance. It does, however, put another question mark over how honest the FBI has been and continues to be in this case. ®