Breaking down more IT technobabble: 'Unified' comms... say what now?

It's far simpler than salesmen would have you believe 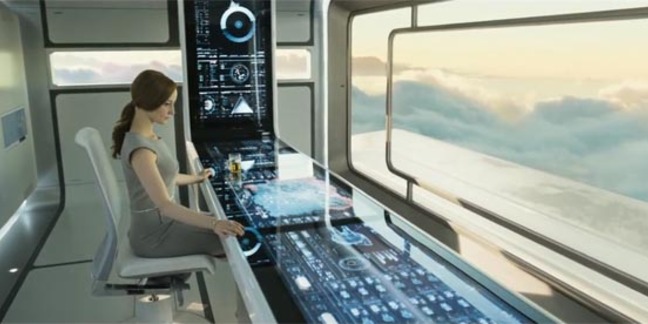 Business occurs everywhere, all day long. In the Western world, organisations where every member of a business shows up at a single premises, does work to a fixed set of hours and only deals with customers that enter the premises is quaint to the point of nearly extinct.

Even in "Ma and Pa" shops, where you could reasonably expect that business transacted with customers occurs on the company premises, taking work home is commonplace. Suppliers have to be dealt with, email never seems to stop, and there's always some bit of paperwork that needs to be filled out.

From logistics to sales, administration to customer service, communications and data transfer technologies are at the core of modern business. This can be as simple as taking work home on a USB stick, but increasingly the full gamut of technologies vendors usually put under the Unified Communications (UC) umbrella are in some part of the daily grind.

Information on the move

UC is a buzzword in tech. This means that while there is a general acceptance of what the term means to practitioners, vendors are constantly mutating the definition of it to suit their needs. One vendor may include a given list of technologies in the UC banner while another chooses a completely different list.

In general, these "stacks" of technologies are labelled as UC by a given vendor because those happen to be the technologies that vendor sells, and they will never admit to missing a piece of the puzzle.

In the real world, however, vendors don't get to decide what a buzzword does or does not mean. The concept behind the buzzword is very simple: UC is to include all technologies in use by an organisation to allow one person to communicate with another. When you think about it, that's a lot of technologies.

The first thing to mind is probably phones. Basic voice communication is the cornerstone of any UC deployment, and it can come in the form of fixed-line phones, cell phones or communications through various applications.

Email is close contender for first to mind communications technologies. It sees more use in many businesses than phones do and may well be the single most common means of business communication in the Western world.

Next up is text messaging. This can be broken into three basic categories: SMS, Instant Messengers (IM) and social media. SMS text messaging is usually via cell phones, but is seeing increasing integration by telcos into landlines and by UC software vendors into IM clients.

IM comes in flavours, with a variety of public and private networks, some of which interconnect and some of which don't. IM is for more capable and feature-rich than SMS, however, SMS is only nearly-universal text messaging network currently available.

Social media is different. Yammer and Slack has surprisingly strong utilisation as internal use corporate social media networks, but there are dozens of others available. The public networks are frequently used to communicate with clients, and also serve as a source of controversy when employers track the personal (non-work-related) accounts of employees.

The importance of social media seems to vary greatly depending on the industry, but has proven to be a relatively cheap way to provide frontline customer support that actually makes customers happy. Customers seem far more willing to wait for responses with text-based mediums than they do with voice-based ones.

Video communications, despite having been around for some time now, are still something of a novelty. Nobody has ever really gotten it quite right and so after a brief experimentation, most organizations functionally abandon its use, except for special occasions.

Screen sharing and remote control of partner desktops is an increasingly important part of UC. There are innumerable applications to accomplish both tasks, and if experience is anything to go by, nobody knows how to use any of them. Their use is widespread enough that eccentricities of the applications (such as "passing the ball" to indicate allowing a different user to share their screen) have entered the corporate lexicon and become genericised.

File sharing is also an important aspect of UC. As for the state of file sharing, well...XKCD says all that needs to be said on that topic.

Depending on who you ask, some organisations will also include access to a digital personal assistant as part of UC. I tend to disagree, as they don't actually work all that well (see: more pictures of spaghetti). Furthermore, unless your communication is with the world's spy organizations, I'm not sure what is "communicative" about holding conversations with an algorithm running in someone's public cloud.

One of the most important concepts of UC is that of "presence". In theory, once all the various technologies are put together it is possible to determine if someone is in the office, on their mobile, at home or anywhere in between. It's kind of creepy. It's certainly intrusive. It's also the bit that never works.

The point of it all

It's far to easy to get caught up in the technologies behind UC. Vendors certainly seem to love talking tech instead of talking about why we might buy into all this faffery, or what the expected outcome is.

Beyond phones and email, however, usage varies greatly. Some will use screen sharing and remote control technologies mostly as a means to work from home. Others employ them predominantly as a sales tool, or as a means of holding meetings with telecommuting staff members.

For some, internal corporate social media usage is a means to enable the free exchange of information between colleagues without risk of management interference. For others it is strictly an external item, used by dedicated teams for carefully edited communications with customers.

Unified communications often isn't. It's usually a somewhat slapdash collection of software, hardware and services whose only real binding element is that it is provided by a single vendor, or managed by a single contractor. What's important to keep in mind when talking about UC is that your business needs and use cases should be what drives technology selection. The technologies pushed by a vendor should not shape how you communicate.

There are dozens of answers to every communications problem. Take the time to assess your needs and find the technologies that actually meet them. ®

US govt can talk about the end of lockdown, but Silicon Valley says 'as long as it takes' – and Twitter says 'WFH forever'

Standing desks have no effect on productivity, boffins find

Stick to the script, kiddies: Some dos and don'ts for the workplace