French thrash Brits, Germans and Portuguese in IT innovation 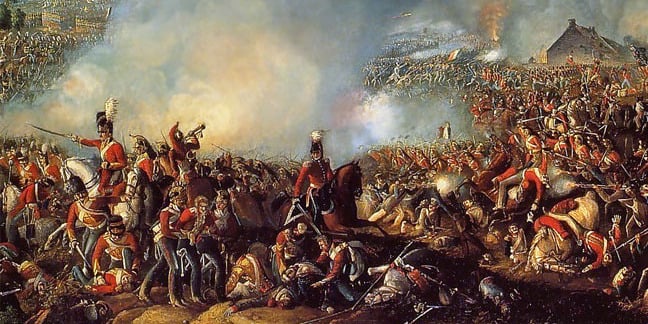 UK IT bosses are among the most conservative in Western Europe, focusing on keeping the lights on and shying away from innovation or adopting new approaches such as DevOps.

Research from MSP Claranet covering 900 IT decision makers across Europe flagged up France, Spain, and the Benelux countries as the most progressive regions. The UK was lumped in with Germany and Portugal as “lagging behind and more resistant to change”.

Students of history will no doubt spot a certain similarity between these groupings, and the main armed camps during the latter stages of the Napoleonic wars. However, while Wellington’s ability to force the "scum of the Earth" to stand still and get blasted to bits might have won the day in 1815, apparently it’s innovation and agility that’s important in the 21st century.

Across Europe, security was identified as the biggest challenge facing companies. In terms of practices, 32 per cent of European firms have adopted a DevOps approach, with 45 per cent saying they planned to implement it. Perceived benefits included better applications (60 per cent of respondents) and greater business agility (56 per cent).

The UK’s IT spending was €174bn in 2015, according to the report, against GDP of €2.7tr. The report described the UK as the “most challenging IT landscape” in Europe. It said IT leaders here have “largely adopted a conservative approach: prioritising keeping the lights on and the business ticking over, rather than trying to innovate and differentiate.”

British IT departments devoted the lowest proportion of time to innovation, and despite healthy budget increases, are “relatively slow on the update of progressive practices, which if used effectively, would lead to business benefits.”

And what sort of ground-breaking practices are we talking here? Use of the public cloud, for example, which is lower here than anywhere else but Portugal.

“In a related vein,” the report continues, “IT leaders from the UK report the lowest DevOps adoption rates in Europe, and are some of the least likely to be increasing the frequency of their application updates.

Across Western Europe, the biggest challenge facing companies looking to take on DevOps was “a lack of time to automate all of the tasks we want to” at 47 per cent of respondents. Just 37 per cent of UK respondents cited this, while the biggest brake for Brit business was the “skills shortage of people experienced in modern DevOps tools” at 38 per cent.

You can peruse the full report here (PDF). ®

Marriage of AI, Google chips will save diabetics from a lot of pricks

Blood-scanning radar could be built into a smartwatch