WebKit could soon get support for open conferencing standard 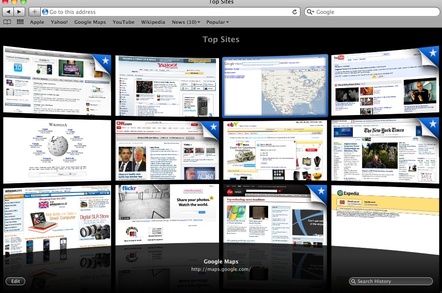 Apple is adding support for WebRTC videoconferencing to WebKit, the engine at the heart of Safari. This will allow the web browser to handle websites and apps that offer WebRTC's encrypted video-nattering.

The Cupertino maker of iThings has updated its WebKit website to add WebRTC to its list of open specifications as "in development." No timeline has been given for when the support would be introduced in the iOS and OS X versions of Safari.

The move should pave the way for the introduction of WebRTC video-chatting in Safari, a standard already supported by Firefox, Chrome, and more recently, Microsoft Edge. Backers, including Lantre Barr of developer Blacc Spot Media, are pointing to the change as an encouraging sign for the open standard, as Apple was widely seen as one of the last remaining big names holding out from WebRTC.

"And without Apple's commitment, doubt and fear were common among companies and organizations looking to incorporate WebRTC in their products and services."

Hopefully, before rolling WebRTC into Safari, Apple will look to address the security bugs that have caused some WebRTC apps to expose the IP addresses of users. ®