You really can stop calling me Opera Jon now 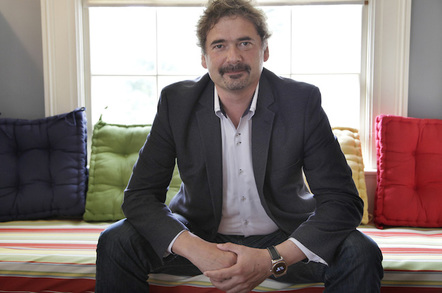 Interview Hats off to any woman or man who is fighting the dumbing down of software.

Twenty years ago our pocket computers were as sophisticated as any desktop, only more reliable.

Now they’re vastly more powerful, always connected, but the apps are sub-Fisher Price. No, scrub that: today’s apps would insult a toddler.

Opera founder Jon von Tetzchner is funding the fightback himself, with Vivaldi, a browser for power users. Von Tetzchner left Opera five years ago and recruited a team of around 35 to produce the new browser, a powerful set of features that uses the Chromium engine.

I’ve been using it for the past week, and it’s the default on my PCs and Macs. And I’m barely scratching the surface. We caught up with Jon by phone, where he was on a promotional tour of the USA, and popped him a few questions – including some raised by your Comments.

“The concept is a browser that allows you to do more. Features where you think: ‘that’s me, that would be useful’.

“A lot of people are unhappy that Firefox are doing the same thing that Opera did, which is do research that shows people are not using certain features, and then remove those features."

Tab Stacks and full keyboard control are two features that Vivaldi does well, that others don’t do, or don’t do well.

Vivaldi promised an Opera-style mail client, built around a database. Version 1.0 of the browser doesn’t include this:

“We’ve had people working on this continuously for us. The underlying database means you can find your mail quickly."

And a mobile Vivaldi?

Ad blocking is a thornier question, he admits. Samsung and Opera are trialling built-in ad blocking in their browsers. Microsoft could follow suit.

"In early days we had popups, and people were so angry with them, they almost got killed. When there is an ad ... people feel they need a blocker because of the irritating ads. If you’re on a slow network or PAYG you don’t want to be downloading a video.

“Is it good if all ads were blocked? That's a different story. Personally, I think it’s great that there’s a lot of free content on the web, and I wouldn’t want to see that go."

We threw out another challenge. Back in 2003, Opera Mail transformed email by creating a database client. Could it also tame social media webhorrhoea, the endless bombardment of chat, Twitter and other messaging feeds?

Von Tetzchner reminded us that once upon a time, Opera did just that.

“We supported irc in Opera, [we] once supported ICQ too. But we learned a big lesson with ICQ.

"The issue we had with ICQ and the lesson learned with that was… AOL bought ICQ and was in a fight with Microsoft. So they closed down 3rd party support for ICQ. We would have had to hack around that. AOL asked us to throw away own 5KB ICQ client, and then we could discuss bundling their own client... which was bigger than Opera itself. We didn’t want to do that."

It’s better to integrate feeds as a web panel, he advises. The web panels automatically default to a mobile view, so can create a handy stream down the side.

He said he’d look at the Terms of Service, which one reader complained about. “We explicitly asked for it to be as nice as possible. When you read some of this stuff, you feel you’re giving away your livelihood.”

You can try out Vivaldi here.

The Gallic rooster keeps on strutting

A Spanish firm, a French firm and an Italian firm all meet up in Brazil...