What did the one Toshiba desktop SSD say to the other? Our cell size has shrunk 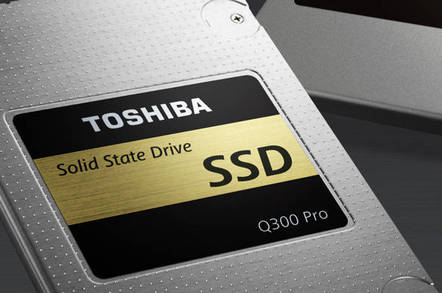 Toshiba is busily upgrading its PC/workstation SSD line at the same time as it’s scaling back its PC product activities.

The random and sequential read/write performance numbers have not changed but the Q300 Pro’s endurance has. Previously it supported 160TB written over its five-year warranted life time at the then maximum 512GB capacity. That shoots up to 640TB written for the new 1TB capacity model.

Here's a table of the basic speeds and feeds:

The Q300 is for the PC disk replacement market, ditto the Q300 Pro, which is better suited for high-end PCs, meaning workstation and gamers' needs, according to Tosh. Both are shipping this month with purchase prices starting at a cheap £40 for a 120GB Q300 and £105 for a 256GB Q300 Pro. 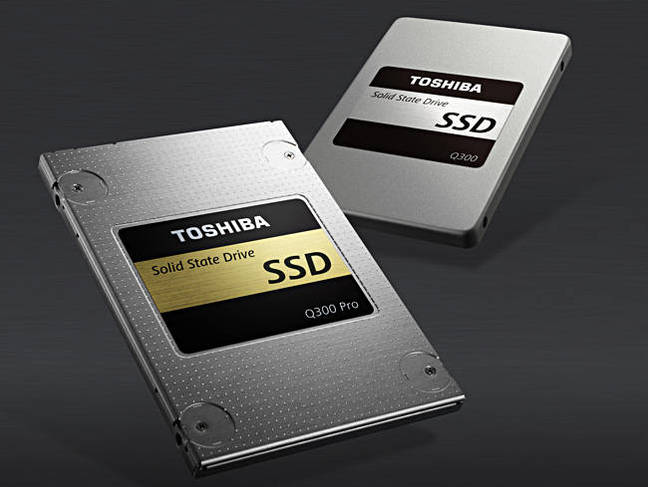 We expect the next Q300 iteration, if there is one, to involve 3D NAND with a potential capacity doubling. ®